“The White Castle of Louisiana,” as the riverside mansion of Nottoway Plantation has been nicknamed, was the last stop on American Queen’s three-week cruise down the length of the Mississippi River.  The plantation’s location was quite convenient, because all we had to do was walk up and over the levee embankment, and we were there.  No hop on-hop off bus was needed for this tour!

Before touring the mansion, however, we did attend the ribbon-cutting ceremony for American Queen’s newest bus.  Isn’t she a beauty? 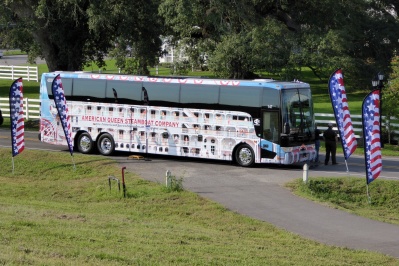 The expertly-guided tour of the South’s largest antebellum mansion was interesting.  Completed in 1859, the 53,000 square-foot, three-floor, 64-room mansion is Greek Revival and Italianate in style.  It features 200 windows, 22 massive exterior columns, 15-foot ceilings, 12 hand-carved Italian marble fireplaces, 11-foot tall doors, modern bathrooms with running water, and its own gas plant to provide gas lighting throughout the mansion.  (All that was missing from this place was the partridge in a pear tree…) 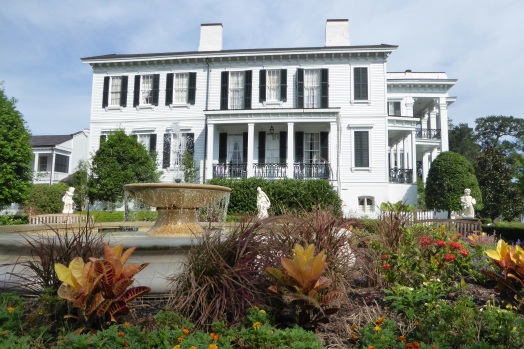 Commissioned by John Hampden Randolph, Nottoway Plantation was built as the ultimate showcase of his wealth, which was accumulated off the backs of his 195 slaves that harvested the 1,000 acres of sugar cane on his property.  No expense was spared, and when the mansion was completed, it became home to Randolph, his wife Emily, and their eleven(!) kids.

The centerpiece of this lavish mansion is the oval ball room, which is stark white from top to bottom—one of the reasons Nottoway got its “White Castle” nickname.  The custom trim in the ballroom and throughout the mansion was made from Spanish moss, clay, plaster, and mud.  (Spanish moss was also used as stuffing for the furniture cushions.) 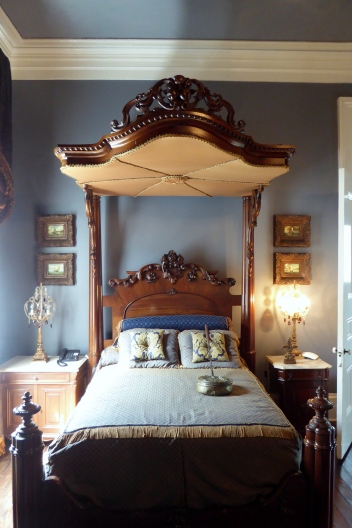 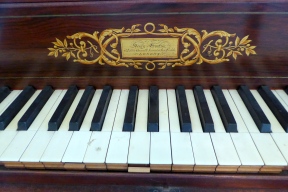 Our last evening aboard the American Queen was magical.  It was as if the sky was putting on an encore performance to punctuate the beautiful sunsets we had enjoyed throughout the cruise—and the memorable experiences we shared with the other passengers, staff, and each other during our three weeks on the Mississippi River. 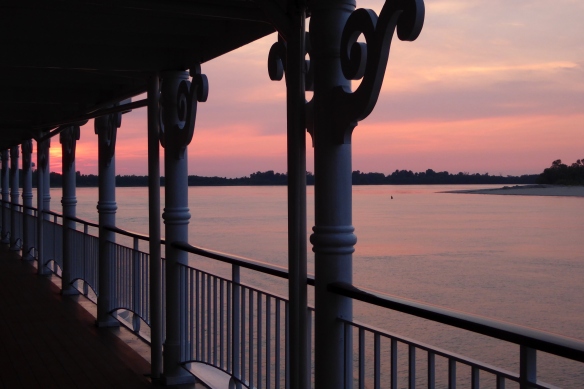 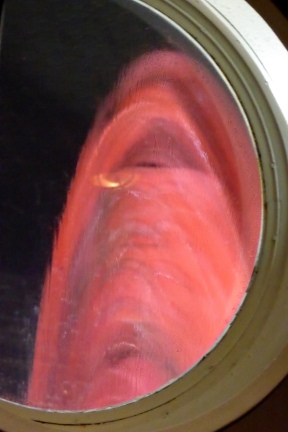 …And, the big wheel just keeps on turning… 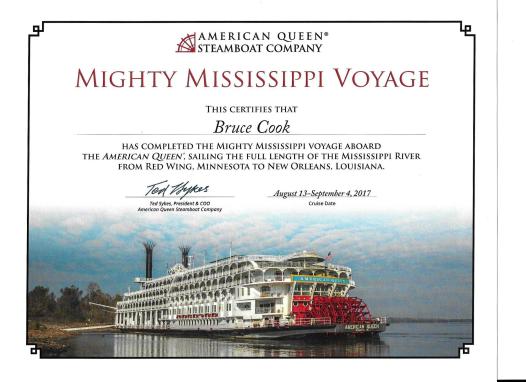 2 thoughts on “LAST BUT NOT LEAST, NOTTOWAY”