When we booked an American Duchess riverboat cruise while aboard the American Queen last August, we knew we would be in for some cold weather in January; however, the lyrics of “Proud Mary” hadn’t come to mind quite in that way.  We wanted to experience the new American Queen Steamboat Company riverboat, though, and they were offering the January cruise at a low enough price to catch our attention.  Besides, Bruce said he wanted to take me for my birthday.

I grabbed my ski jacket, gloves, ear muffs, and scarf (Bruce is a lot tougher than I am), and off we flew to Memphis, on January 14.  Since we had seen the ports on this itinerary as part of our three-week “Mighty Mississippi” voyage, we looked forward to this being a cruise where we would mainly relax and enjoy the new boat.  As it turned out, that was for the best…

Having watched the 10-day forecast on weather.com, we learned that not only would we be in for some cold weather, but it was going to be VERY cold!  Upon arrival in Memphis, we were greeted with a 27-degree slap in the face and ice on the ground from an unusual (for Memphis) snowfall.  One step outside, and I knew I was in for a challenge due to having Raynaud’s in my toes, fingers, nose, and ears.  (The nose is a particularly difficult body part to keep warm without looking like a bank robber!) 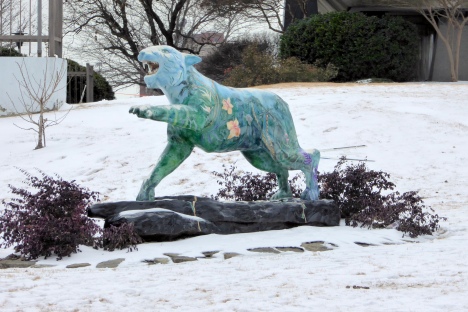 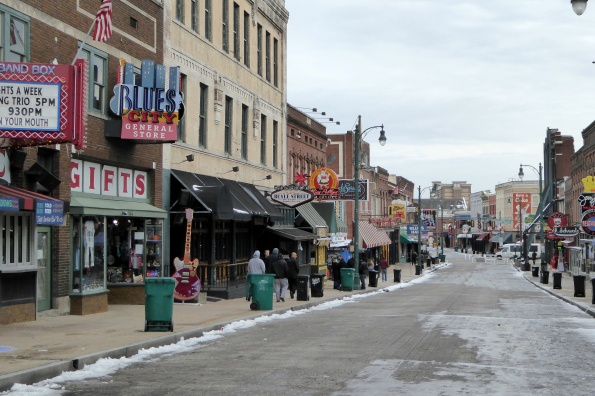 We were troupers in Memphis, making the best of our first afternoon and following day in the city, seeing a few things we had missed during our last visit to Memphis.  Touring the Gibson Guitar Factory was especially interesting, since we had toured Martin Guitars during a previous road trip and could compare the guitar-making processes. Unfortunately, Gibson didn’t allow photography in the factory, though, so I only have this picture from their store, in addition to a few photos I shot around town: 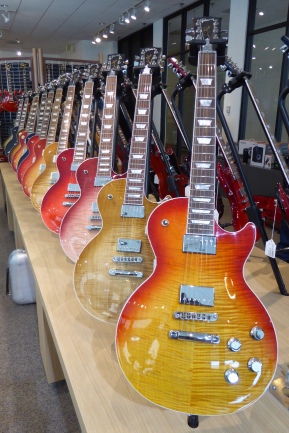 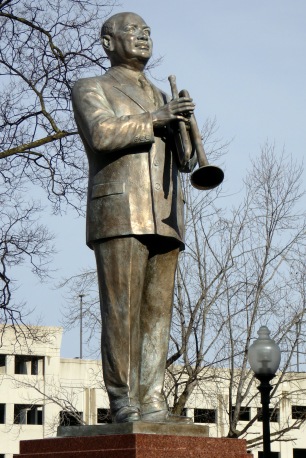 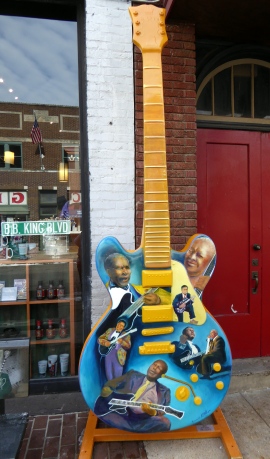 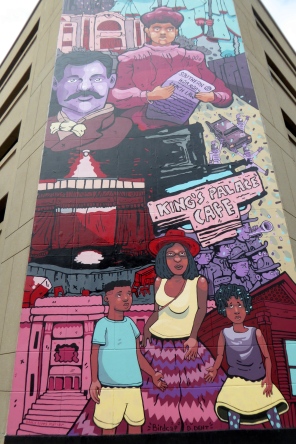 Instead of enjoying the downtown music scene at night, we decided to hunker down at the hotel for dinner.  Between the icy sidewalks and 9-degree temperature, we thought it to be the wiser choice!

As we boarded the American Duchess we had a nice surprise, immediately recognizing Ginny, the Engine Room bartender from the American Queen.  She remembered us, too, especially Bruce’s harmonica playing when he sat in with Jim and Norman on that cruise.  Our champagne greeting by the staff was such a nice warm welcome from the cold! 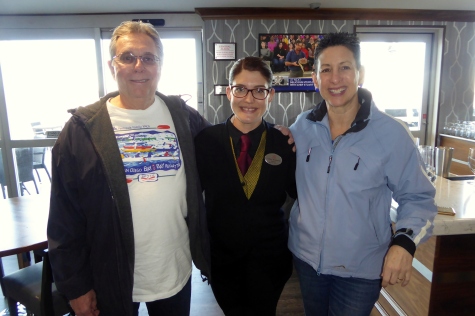 Ginny, with me and Bruce in her new (temporary) digs at the River Club & Terrace

Over the next few days, the American Duchess had a difficult time staying warm while Winter Storm Inga unleashed a blizzard (the first night) along with twenty degrees below average temperatures.  The dining room, with its high ceilings and floor-to-ceiling windows, was an ice box.  After I placed my lunch order, I hustled to our cabin to retrieve my ski jacket.  Like everyone else in the dining room, we enjoyed our delicious lunch fully zipped up!

Thankfully, the Lincoln Library was comfortable enough, so we spent our afternoon reading and staying warm, after freezing in the gym that morning.  Helena, Arkansas was supposed to be our first port; however, the south isn’t equipped to handle snow and ice, and the town literally shut down during the storm. 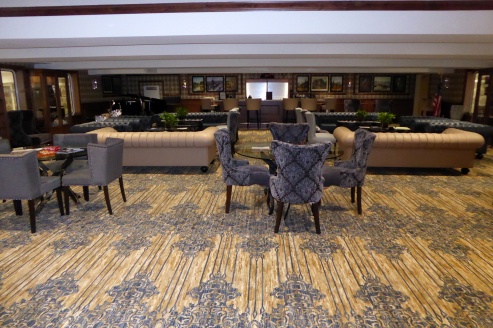 I’ll have to admit that the first couple of days aboard the American Duchess was not the most comfortable—only because of my Raynaud’s.  I mean, how do you keep your nose warm when you are dining on fabulous food in the dining room?

The following day, we were in Vicksburg and attempted to go out; however, we didn’t even make it off the boat before the 15-degree cold caused us to make a quick U-turn and run back indoors.  Besides, Vicksburg is very hilly, there was ice everywhere, and most of the town was shut down!  Instead, we stayed on board and signed up for the afternoon pilot house tour. 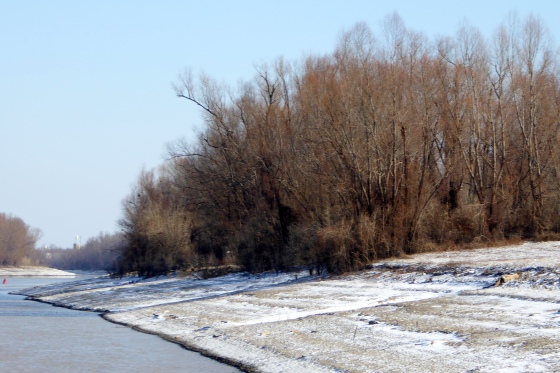 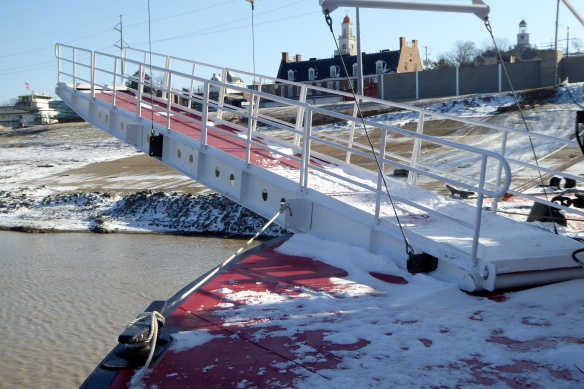 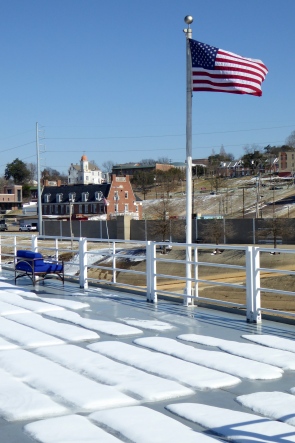 Wow, never did I think I would enjoy that hour with John Cook so much!  Between learning about piloting the river and hearing his entertaining stories, we were thoroughly fascinated.  It turned out to be one of the highlights of our American Duchess experience. 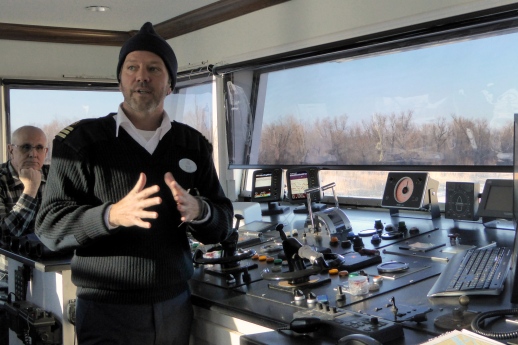 Speaking of the American Duchess, in my next post, I will take you on a tour of the boat and introduce you to her wonderful staff.  As the week continued, the storm passed, and the boat warmed up; we enjoyed the experience more each day.  The friendly and accommodating staff did all they could to make everybody comfortable, and they surprised me in ways I have never seen on any cruise ship.  More details to follow!  Meanwhile, here are some scenes from around the boat following the blizzard: 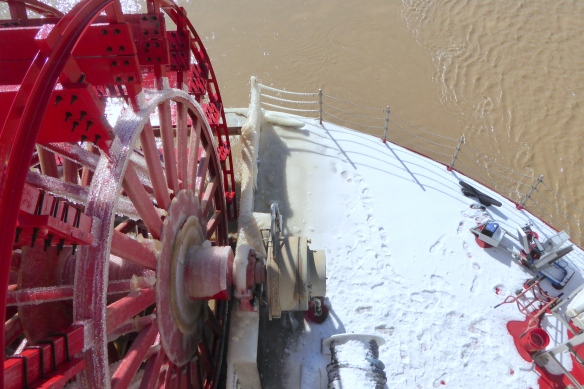 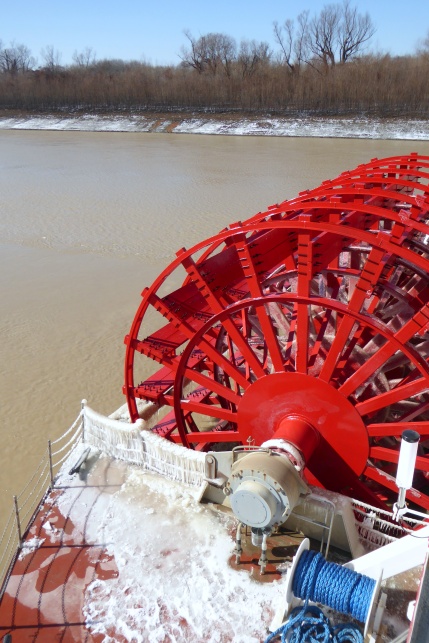 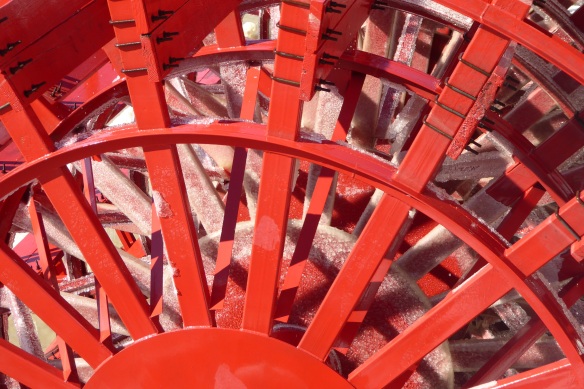 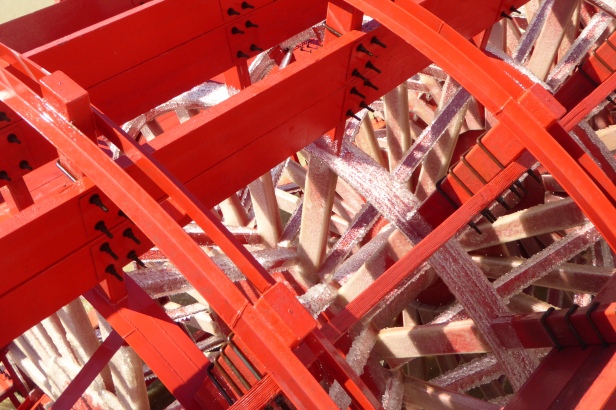 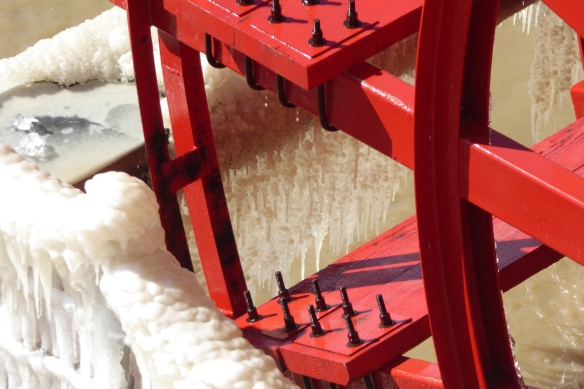 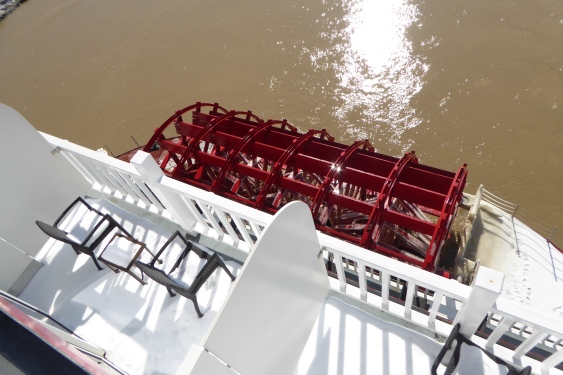 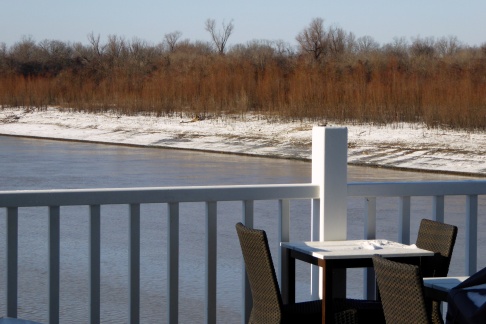 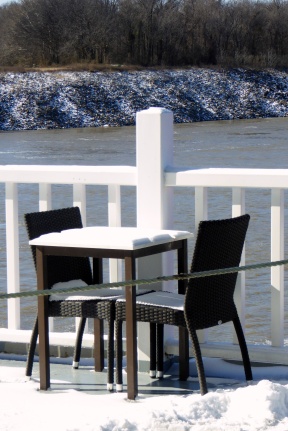 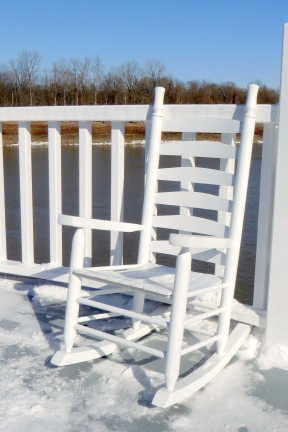 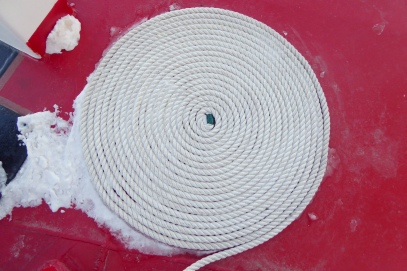 Coming up next:  A TOUR OF THE AMAZING AMERICAN DUCHESS

3 thoughts on “ROLLIN’, ROLLIN’, SNOWIN’ ON THE RIVER”