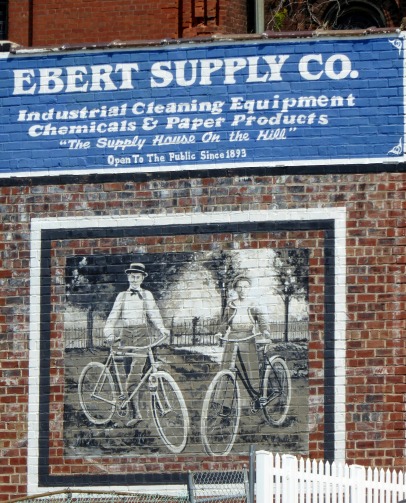 I liked the historic feel of Burlington, which was quite different from where I grew up in Southern California.  Several of the downtown Burlington buildings are on the National Register of Historic Places, and it was great to see the care taken to preserve these old buildings.

Take the Capitol Theater, for example.  Dating back to 1937, the 700-seat theater had been closed since 1977; however, a foundation of passionate citizens was formed to raise the money needed to restore the theater back to its 1937 splendor– with some modern additions.  Such painstaking care was taken in the restoration that the new seats and carpet were reproduced to look like the originals, and a boatload of money was spent to restore the marquee to exactly as it looked in its heyday.

We took a guided tour, one of the included attractions for the day.  I especially liked the art deco-style lighting throughout the theater, and the old projector was a classic!

The hop on-hop off bus also made stops at the top of Heritage Hill, a beautiful neighborhood of lovely old homes and Snake Alley.

Constructed in 1894, Snake Alley was once known as the crookedest alley in the world.  It was built to create a short cut from the top of the hill to the business district below.  Needing to accommodate horses, the mode of transportation at the time, the bricks were tilted higher on the upper edges, making it easier for the horse’s hooves to catch on the raised edge making the ascent easier and the descent a lot safer.

We didn’t have access to a horse, so we hoofed the 275 feet of Snake Alley carefully on foot to the street below.

While bumming around Burlington, we had a quick look at St. Paul’s Catholic Church:

It was another beautiful sail-away highlighted by an entertaining calliope concert! 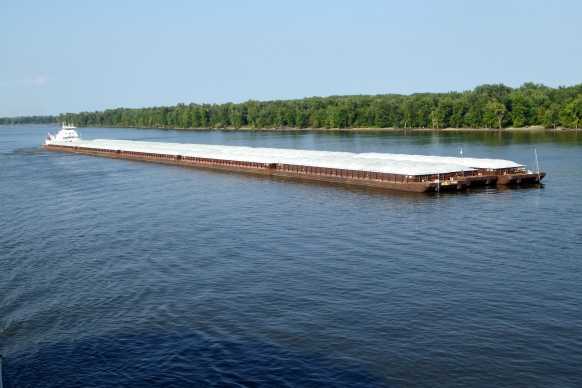 A typical river barge on the Mississippi River

Coming up next:  HANGIN’ IN HANNIBAL

2 thoughts on “BUMMING AROUND BURLINGTON”