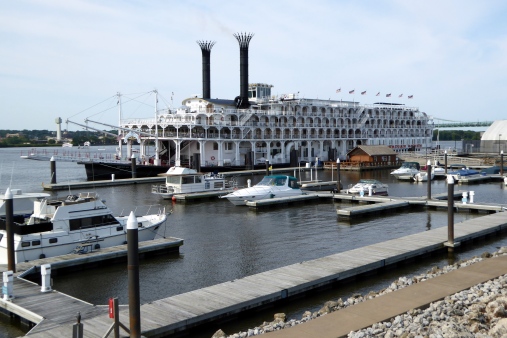 The “Quad Cities” region, at the confluence of the Rock and Mississippi rivers, was next up on the journey aboard the American Queen Steamboat paddle wheeler.  Located in northwest Illinois and southeast Iowa, the focus of the hop on-hop off bus route encompassed Davenport and Bettendorf, the two Iowa Quad Cities  We hopped aboard for a look around. 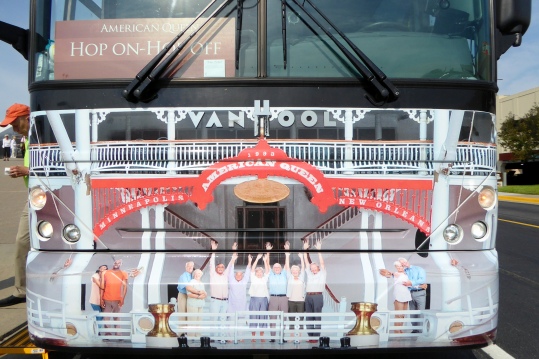 The Isabel Bloom sculpture studio, in Bettendorf, was our first stop where we saw a demonstration of how they make their sculptures. 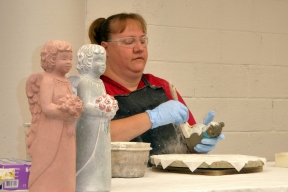 In Davenport we chose to spend some of our time at the River Music Experience, which included a very cool performance by two local musicians, and a stroll through the Bix Beiderbecke Museum.  Davenport was home to the great jazz cornetist in his younger days, so the private not-for-profit museum was established for the purpose of collecting, preserving, and exhibiting material related to his life and career.

We also enjoyed the exhibits at the Figge Art Museum, where the highlight for us was seeing this Tiffany stained glass window: 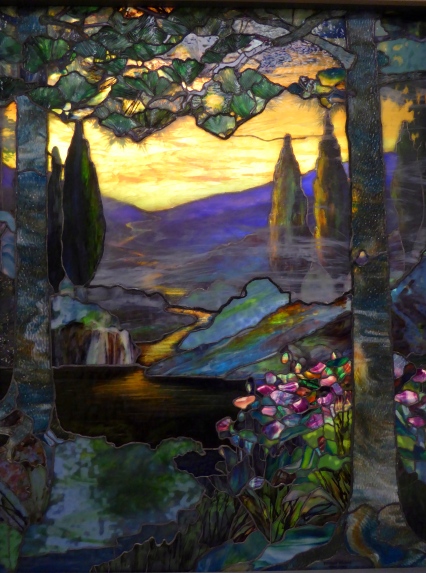 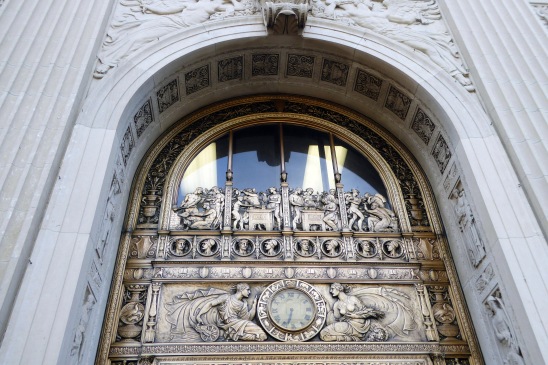 A bank building in Davenport

Back on board, the sail-away was eventful, between the bridges we sailed under, the calliope concert (always fun!), and the locks we went through.  It’s a tradition for the steamboat crew and passengers to throw beads to spectators at the locks, so one of the officers handed out strands of beads to toss to these onlookers, who made a sport of catching them! 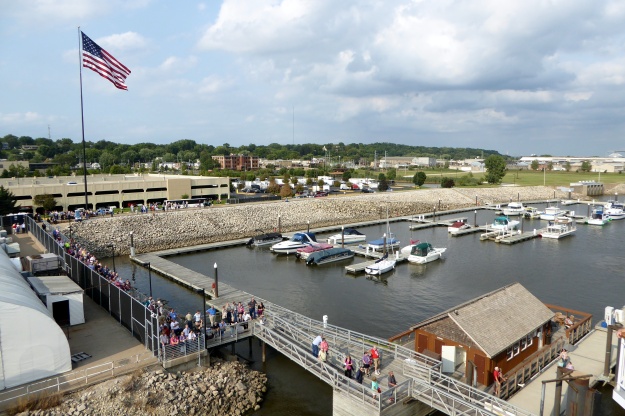 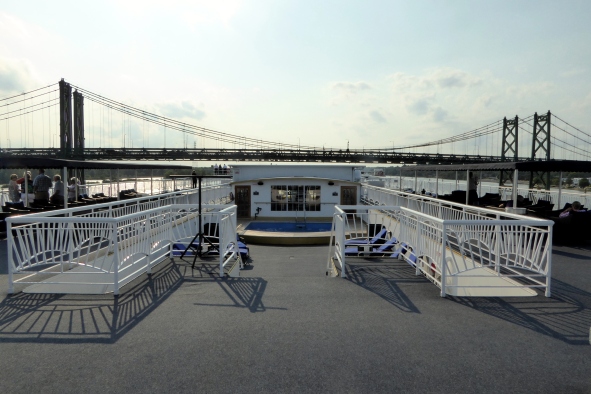 Next up:  BUMMING AROUND BURLINGTON