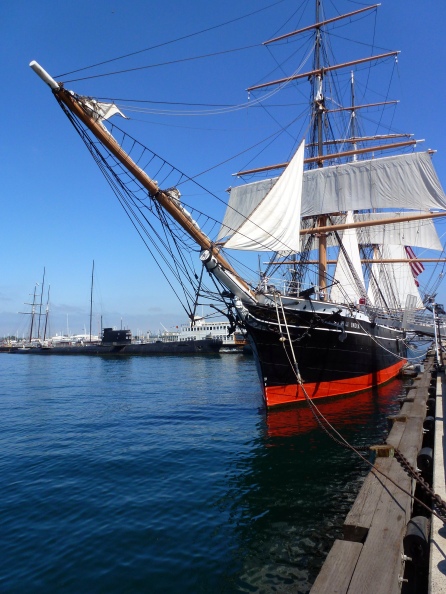 The Embarcadero along San Diego was always one of our favorite places to walk in San Diego. Before picking up Bruce’s friend Cal from his downtown office for lunch, we arrived early to stroll along the waterfront.

Just across the street from Cal’s work was The Star of India, a San Diego icon. Her black iron hull and rigging was still as beautiful as ever!

A new attraction for Bruce, however, was the decommissioned Midway, an imposing sight on the downtown skyline. I had forgotten that he never made it downtown to see it before we moved. 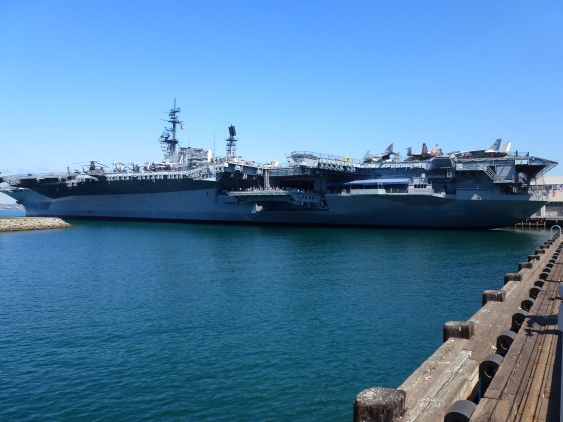 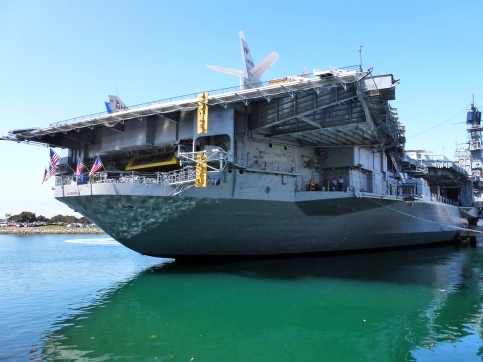 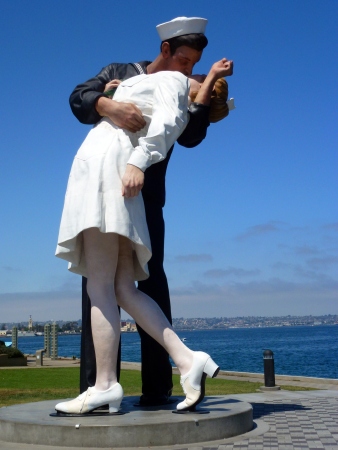 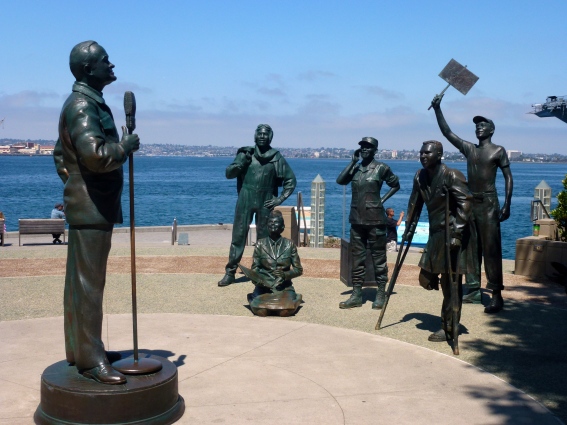 Nearby, Luna, owned by Russian billionaire, Roman Abramovich, was glistening in the sun. From what we hear, this was just one of his yachts! 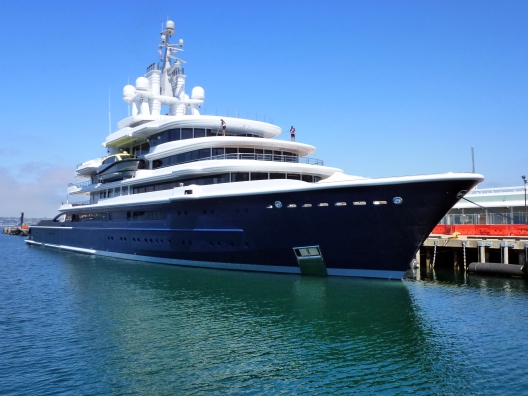 The following is a short story on the yacht: http://www.sandiegoreader.com/news/2013/jan/15/stringers-roman-abramovich-yacht-san-diegos/ 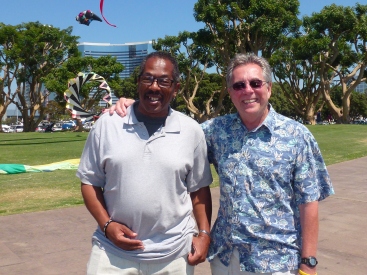 It was wonderful seeing Cal again. We met at the same time I met Bruce, so I have known him since 1986. Bruce and Cal are a hoot together when they get joking and laughing, so we really enjoyed our time together. After enjoying a leisurely lunch at Seaport Village, we walked along the marina and Seaport Village, and concluded with a beer on the patio of the Hilton Hotel. It was so nice that Cal took the afternoon off to spend some quality time with his old work buddy! 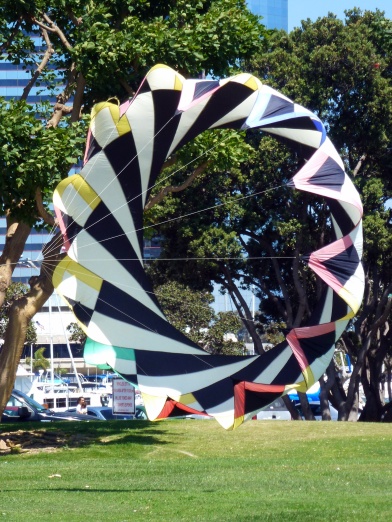 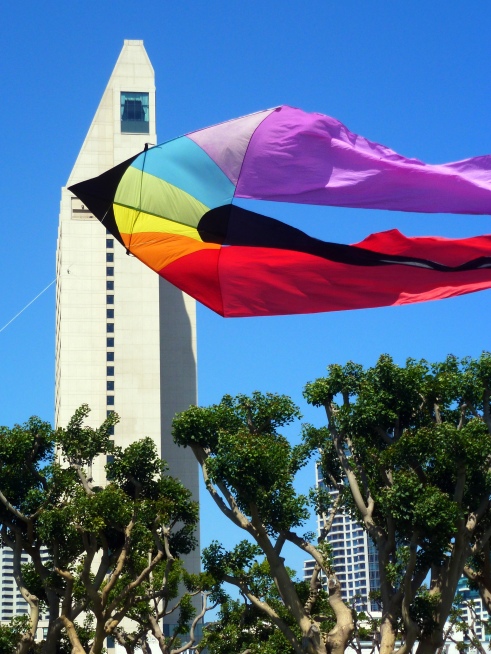 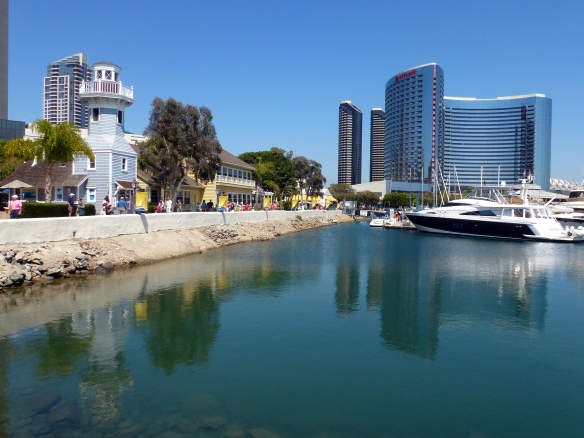 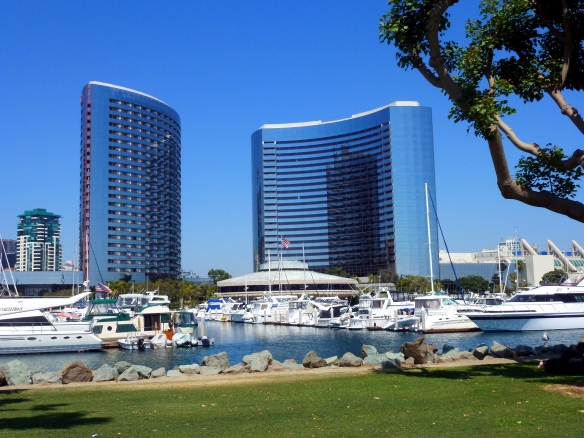 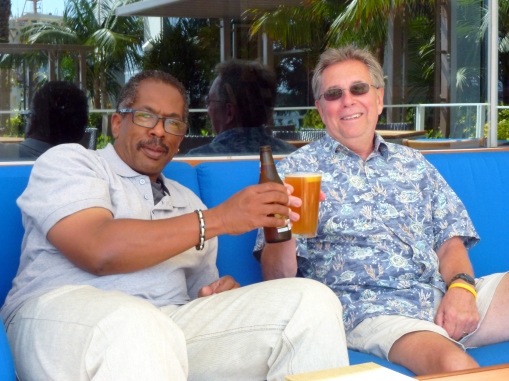 Our evening with good friends Ted and Al was spent dining on South Beach Bar & Grille fish tacos, rated in the top three of fish tacos in the nation by Bon Apetit Magazine. In Bruce’s last four meals, this was his third of fish tacos and my second! 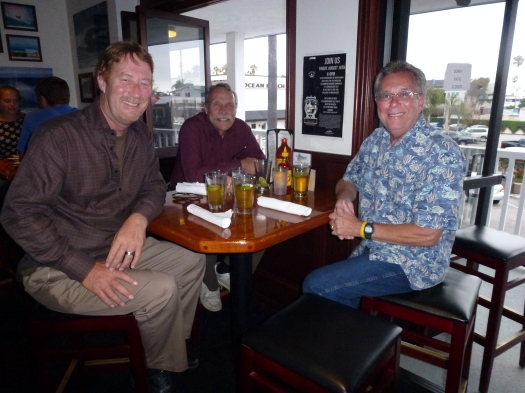 The following day, we headed north to my childhood home in Lakewood (near Long Beach), to stay with my mom for three nights. My best friend, Laura, was down from Santa Cruz visiting her mom just two houses up the street. It was Laura’s birthday, so her sister and I took Laura, Bruce, and the two moms out to dinner to celebrate.

It was so wonderful to spend the evening and part of the next two days with my best friend of 43 years! 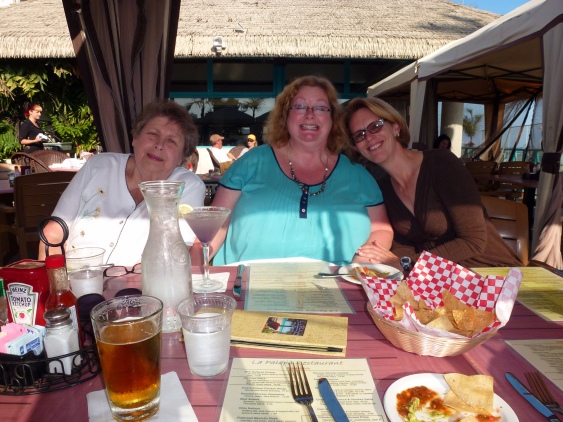 Spending time with my family was terrific, too. Dinner with different family members over the following two nights and being with my mom was a special way to end what turned out to be what Bruce and I agreed to be a great vacation!