We have a friend, a Delta flight attendant, who used to live in southern Italy and returns each year to visit friends.  He books the Villa Crawford, in San Nicola Arcella, and then aims to get all of the rooms rented by friends.  When he asked if we wanted to join him and rent one of the five bedrooms, it sounded like a great opportunity to be shown the area by a former local who speaks the language and would be able to show us around.  It sounded like a great adventure!

Even though we live near Atlanta, Delta’s hub and the busiest airport in the world, we knew getting to San Nicola Arcella, in Calabria, Italy would not be easy.  It would require a flight to Rome with an overnight stay near the train station, and then a four-hour train ride the following day to a town where we would be renting two cars for the seven of us.  We would then drive to the villa, which (thankfully!) wasn’t too far away.

A plane, train, and then an automobile.  After our week at the villa, we would be doing the same thing in reverse.

What we didn’t realize last year when we made the commitment was just how much flights to Europe had gone up in price!  A September economy-class flight from Atlanta to Rome was almost $3,700 for the two of us before purchasing travel insurance.  Our Delta friends got to fly free.

If you do go to Rome and need a comfortable accommodation at a reasonable price (for Rome), stay at the Aelius Guest House, conveniently located within walking distance to the train station.  At about 100 Euros per night with continental breakfast, it was a great value.

The view out our window at the Aelius Guest House, in Rome. 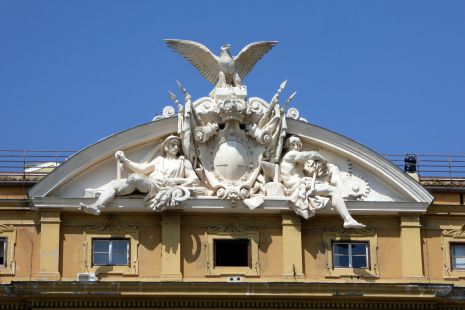 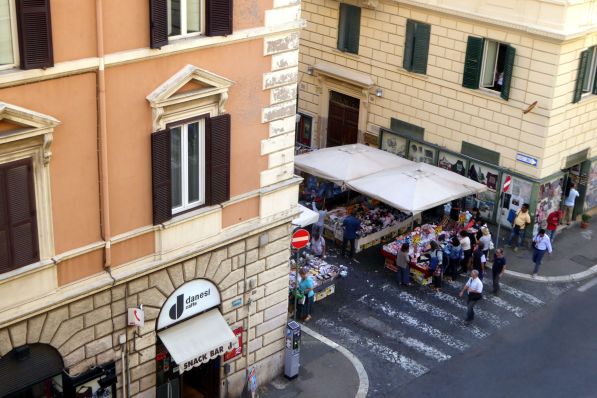 Another view from our room.

Upon arrival, we walked around the neighborhood near our guest house, so we could stay awake and get on Rome time. 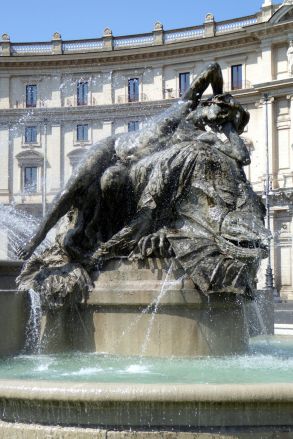 Villa Crawford, in San Nicola Arcella, was beautiful, reasonably priced, and had breathtaking views.  It was even less expensive than our Rome accommodation and included a fabulous breakfast that we enjoyed each morning out on deck with incredible views.  Andrea, the owner, was also very accommodating and couldn’t have been a nicer guy. 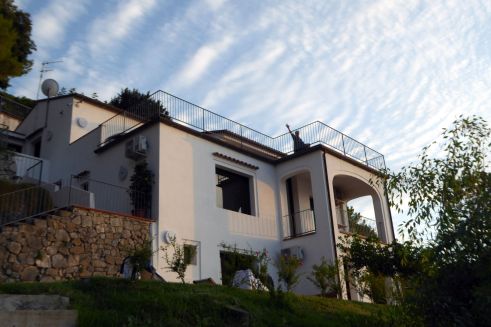 That’s Bruce waving from the sun deck (below).

The view from our room 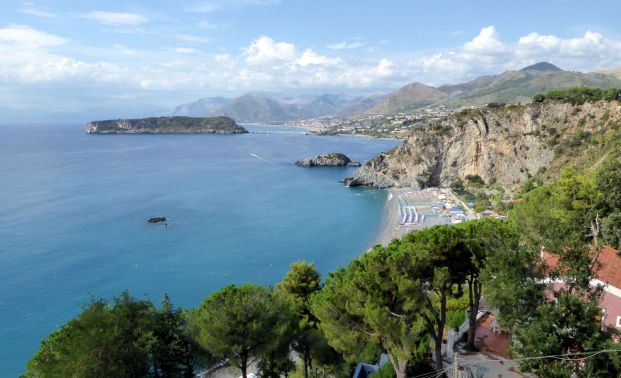 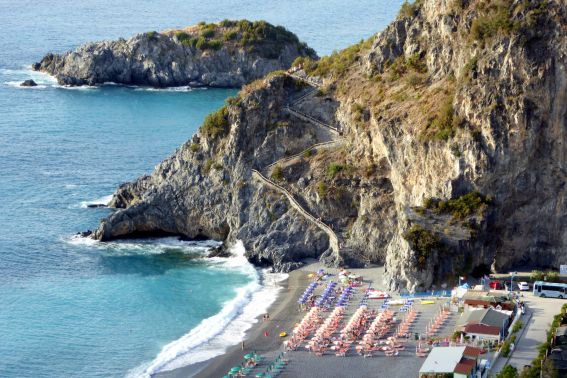 The most enjoyable thing about staying at Villa Crawford was enjoying the sunsets.  Wow! 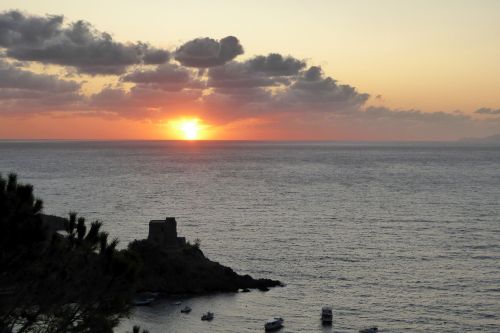 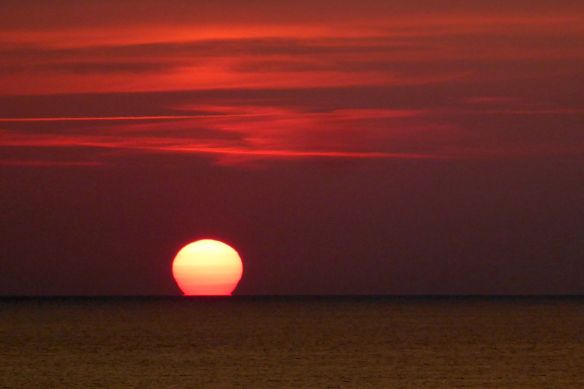 The villa’s location did present some challenges, however, due to the extremely steep road leading in and out of the villa and down to the beach.  Knowing that ahead of time, we agreed to go only if we would not have to do any of the driving.  As it turned out, though, the location also made it difficult for us to be more independent.  My hopes of a daily morning swim in the beautiful Mediterranean Sea below were also logistically not practical. 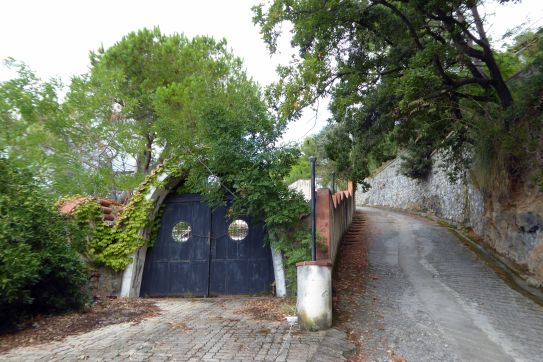 Our neighbor’s house down the road from us.  Cool gate!

A very steep climb back up to Villa Crawford! 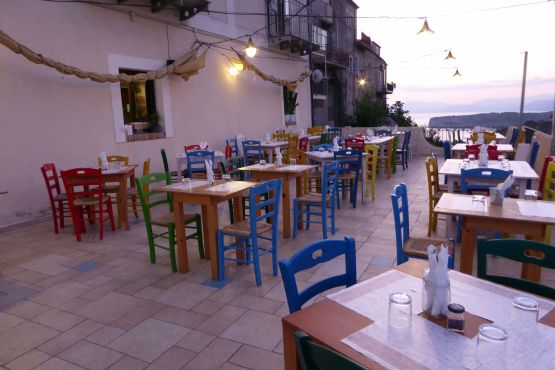 Our first dinner was on the patio at Fa Tu, where we enjoyed delicious pizzas that were reasonably priced at about 8 Euros each (see below). 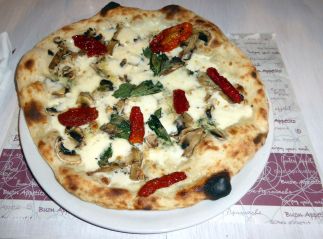 In my next post, I will show you around San Nicola Arcella, a charming town that I really enjoyed exploring on foot.