After being bused from the Historic Davenport Hotel in Spokane, we boarded the American Empress in Clarkston, Washington on the afternoon of May 21.  Since the boat wasn’t scheduled to depart until the next afternoon, we had time the following morning to explore Clarkston and Lewiston via the hop-on, hop-off bus.  We had never been to Idaho before (one of eleven states we hadn’t visited), so I was excited to see at least a fraction of the state!

Clarkston was named after William Clark, of Lewis and Clark.  Across the river, Lewiston, Idaho was named after Meriwether Lewis.  Commissioned by President Thomas Jefferson after the Louisiana Purchase, the two men joined up for the first American expedition to cross the western portion of the United States, from May, 1804 to September, 1806.  They were tasked with exploring and mapping the newly acquired territory, to find a practical route to the Pacific Ocean.  Along the way, they studied the area’s plants, animal life, and geography, in addition to establishing trade with the Native American tribes.  The “Corps of Discovery Expedition” began near St. Louis and passed through Lewiston, across the river from where the American Empress was set to begin our cruise west on the Snake and Columbia rivers.

Both Clarkston and Lewiston are small cities with a combined population of about 55,000.  Surprisingly, though, there was a Costco just down the road from the dock!  Once the reason was explained by the local guide on our hop on-hop off bus, it made good sense.

Located at the confluence of the Snake River and Clearwater River and thirty miles southeast of Lower Granite Dam, Lewiston is reachable by some ocean-going vessels because of the lock system on the Snake and Columbia River.  The Port of Lewiston is Idaho’s only seaport and has the distinction of being the farthest inland port east of the West Coast of the United States.

According to our guide, farmers and their families drive to Costco from hundreds of miles around to do their shopping.  (There are a lot of farmers in Idaho.  In addition to lentils, peas, garbanzo beans, and barley grown in the state, 49% of all wheat grown in the U.S.A. gets barged out of Lewiston.)   They will come in and spend a night, see a movie, and stock up before heading home.  One of the founders of Costco (based in Kirkland, Washington) was from Lewiston, so he convinced his partner to build a location in Clarkston.  Evidently, they do a very good business!

Clarkston is also the gateway to North America’s deepest gorge, Hells Canyon (8,000 feet!), a year-round recreation resort, thanks to its mild desert climate and only ten inches of average annual rainfall.  In addition, the area has a rich history of the Nez Perce Native American tribe who assisted Lewis and Clark with their expedition and still reside in the area today.

We were able to get a good look at the area on our way to the Nez Perce National Historical Park as well as the drive out to the First Territorial Capitol Interpretive Center where we hopped off for a visit. 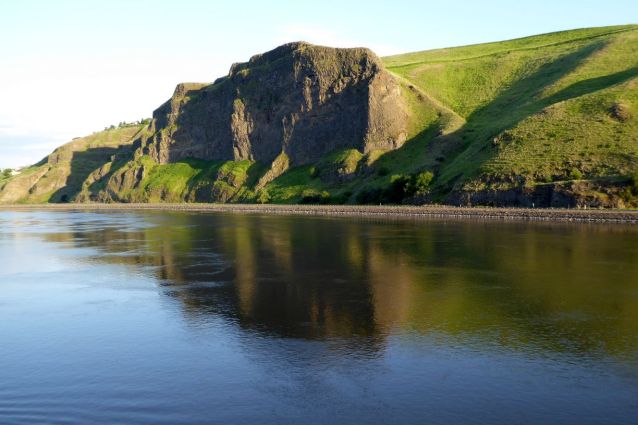 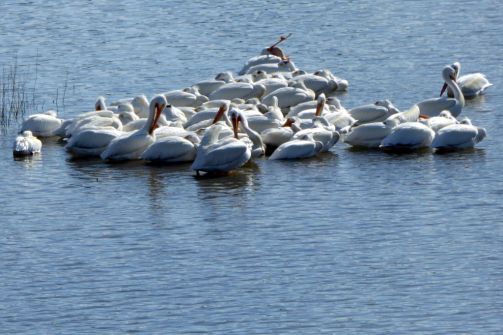 The next stop was the Bridablik/Schroeder House where we were hosted by the Schroeders for an exclusive tour (for American Empress passengers only) of their fully restored 1906 home full of gorgeous antiques, and then homemade refreshments on their back patio.  The panoramic view of the river below was spectacular!

Finally, we hopped off to visit the Nez Perce County Historical Society Museum before heading back to the riverboat for our departure.  (There were other stops on the route; however, we didn’t have time to see them all.)

Fortunately, it was a beautiful and warm day, so the afternoon cruise towards Richland, our next stop, was delightful!

Coming up next:  AMERICAN EMPRESS:  PORTS ON THE SNAKE AND COLUMBIA RIVERS