Before visiting Amnicon Falls State Park, we took the scenic route around the tip of Bayfield Peninsula.  The little town of Cornucopia was having a festival, so we pulled over to check out the crafts booths and shops along the marina.

The vibe we picked up on throughout Bayfield Peninsula was that many of the residents were progressive, so this awesome solar-powered pottery studio fit right in place: 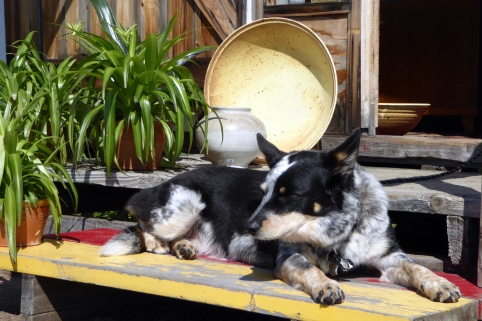 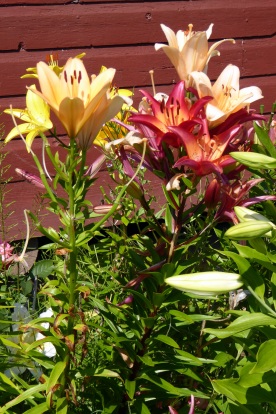 Amnicon Falls was well worth the detour before continuing to Duluth, Minnesota.  The scenery was spectacular, and the hiking trails throughout the state park were so peaceful.  From any location, we could hear the rushing water from the falls.  The day was gorgeous, and we had chosen the perfect place to have a picnic and devour the remainder of our smoked fish and hand-picked berries. 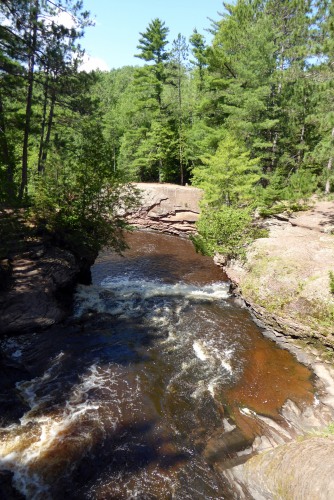 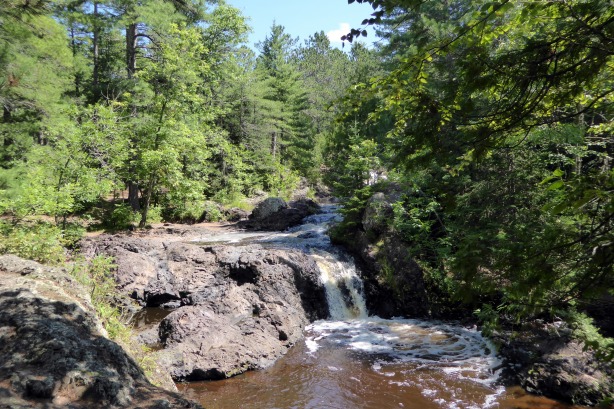 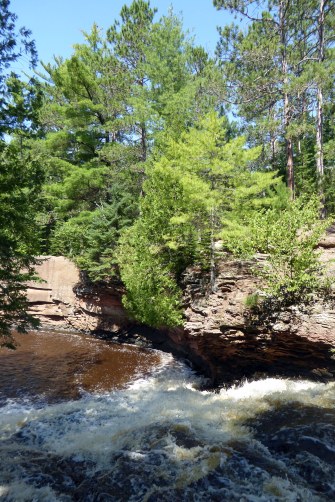 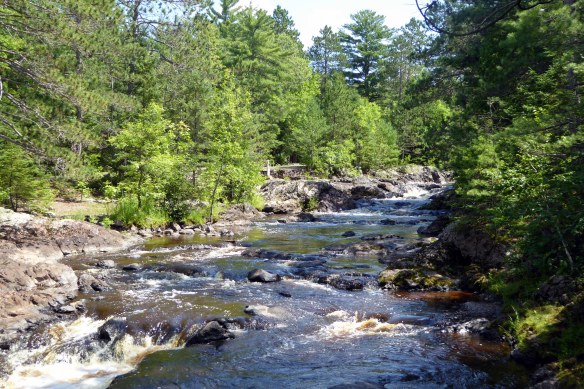 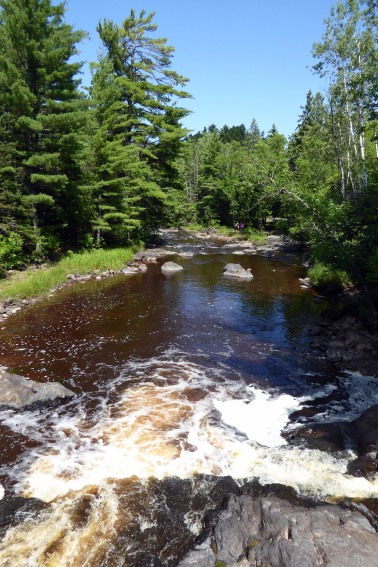 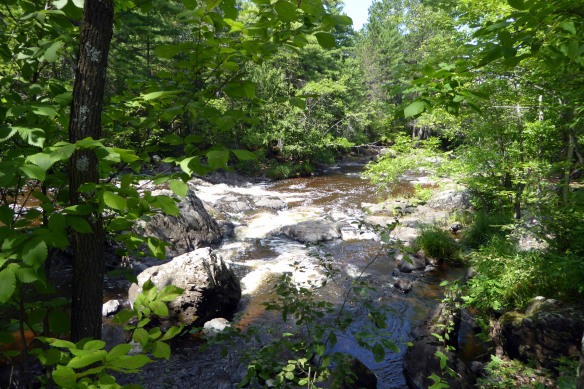 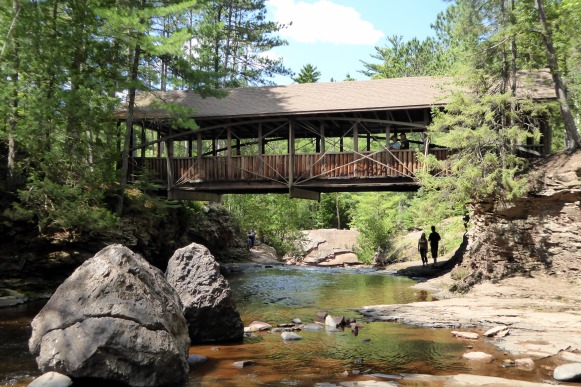 The remainder of the final full day of our road trip was spent up in Duluth, Minnesota, located on the south-western shores of Lake Superior.  The Downtown Lakewalk sounded like a nice way to spend a beautiful afternoon, so we put more miles on our legs while taking in the sites around the lake. 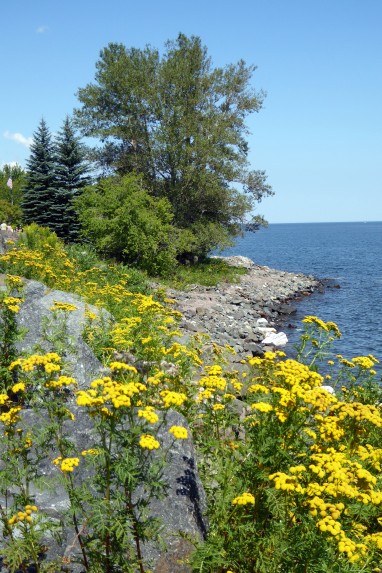 Fitger’s Inn up on the hill looked interesting, so we climbed the stairs to see what was up there.  Listed on the National Register of Historic Places, Fitger’s was Duluth’s first brewery, dating back to 1857.  After 115 years of brewing beer, the brewery closed in 1970.

The Fitger’s Brewery Complex was re-opened in 1984, and it appeared to be thriving during our visit.  Between the Inn, brewery, restaurant, and shops; the place was bustling.  It was warm, so many people were out enjoying a cold brew while relaxing on the patio and taking in the view of Lake Superior.

We opted for a cold Bridgeman’s ice cream, instead, and thoroughly enjoyed this local favorite.   Dating back to 1936, Bridgeman’s began as a family-owned business, and it remains in the Bridgeman family to this day.

This was a great place to enjoy the sunny afternoon before heading south for the last night of our road trip.  The following day, we would be joining the American Queen Steamboat Company for a pre-cruise stay at Radisson Blu, at Mall of America.  Soon, we would be rollin’ on the river!

Coming up next:  ROLLIN’ ON THE RIVER ON THE AMERICAN QUEEN STEAMBOAT 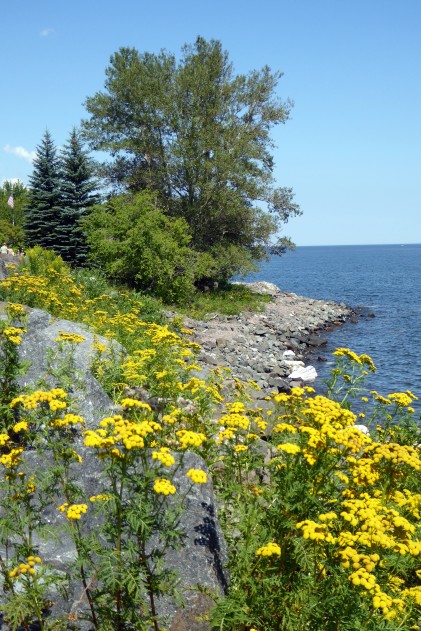