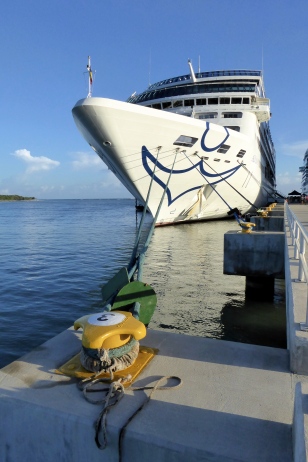 As we sailed away from the Dominican Republic last January, my heart ached to return to Chocal.  The friendly women at the co-op, Gumarcindo at the cacao nursery, and the IDDI facilitators had grown on Bruce as well.  We both wanted to return, and it seemed to be the only thing we wanted to talk about during our drive home from Miami.

By the time we returned home, we had made the firm decision to book another Fathom cruise to the D.R. and Chocal before the ship leaves for Europe in June.  Immediately after we arrived home, I headed into our house and picked up the phone to call Fathom’s office.  Since we only wanted to book a cruise if we could return to Chocal, our cruise date would be dependent on that availability.  Our first choice was sold out, and our only other availability was for a cruise that included a stop in Cuba as well.  One day in Cuba isn’t enough, and only two visits to Chocal in the D.R.  wasn’t enough either, but something was better than nothing.   With suitcases still packed in the back of our car, we were already booked for our next cruise!

It would be two-and-a-half months before our departure, but we were filled with excitement for what was to come.  During our free time, I researched Cuba and the port we would be visiting:  Santiago de Cuba, the second largest city of our mysterious neighbor, just 90 miles south of Key West, Florida.

Although Fathom has a strict policy about not bringing items for donation, there were two ideas I had for gifts I wanted to bring to Chocal:  photo notecards of each of the people I had photographed back in January, and ear plugs.

Why ear plugs?  When Bruce and I toured the factory, the noise level from the machinery was horrendous, and we noticed none of the workers used ear plugs.  By the time they reach my age, they will be deaf!  I couldn’t stop thinking about it, so I went on Amazon and purchased a box of 3M industrial-grade foam ear plugs in cardboard pouches—the same type I was given at the hospital when I had an MRI.  After a day’s work in the factory, I thought the workers could place the ear plugs back in their pouches, and put them in their pockets.  The ear plugs could be used again for several days before they would need to be replaced.  I figured I could then obtain an address where I would send more to them in the future.

On March 12, with photo notecards in hand and ear plugs in our suitcase, we boarded Fathom’s ship, Adonia, and set sail from Miami.

We knew our cohort leader, Collin, and his wife, Katie, would still be on leave, but we were happy to see many of the friendly staff we had met on our first cruise.  It felt like “home” to be back aboard this beautiful ship!

As an extra bonus, we were surprised with a free upgrade to a beautiful balcony cabin!  It was a first for us, so we couldn’t have been more thrilled. 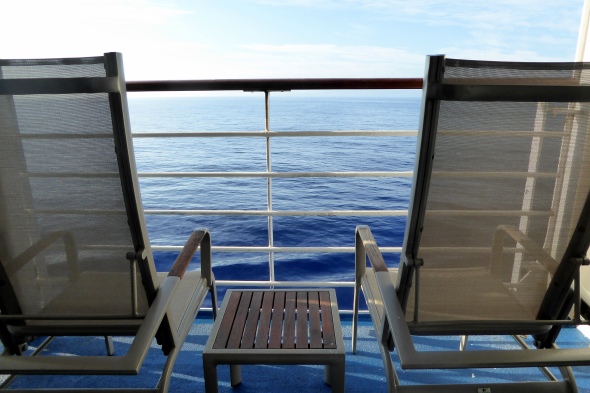 We looked forward to enjoying a full day at sea before our arrival to Cuba, a “bucket list” destination we had spoken many times of visiting after President Obama had loosened up travel restrictions in an agreement with Raul Castro.

What we didn’t yet know was what unbelievable event would unfold during our sea day—something most crew have never experienced during their years at sea.

Coming up next:  MAN OVERBOARD!