Our day in Marktheidenfeld wasn’t rapturous in the way Rothenburg was, but it was mellow (no miles of walking today!) and enjoyable.

The passengers aboard River Voyager were split up into four groups, and it was a “surprise” as to which group we were assigned until we were on the bus for departure.  One group went to visit a gentleman who was a pianist and collected antique pianos.  They were treated to a demonstration and performance on the various pianos.  Another group learned about paper-making at a paper factory.  The third group toured Johannes Deppisch Winery where all of us were going to meet up for lunch (with wine or beer) after our tours.  They were the ones that had all the fun!  Our group drew the short stick—at least in my personal estimation.  We got to visit a blacksmith and the Hammer Museum at Kurtz Ersa Corporation.

We visited the museum first, and actually, the tour was quite interesting.  One of the family members of this 7th generation, family-owned company dating back to 1779 conducted an informative tour.

Initially, the company produced tools, household items, railway castings, and machinery for agriculture.  Industrialization in the 19th century led to a decline in their business due to lack of demand for their products, so they had to adjust to remain relevant.

From 1971 forward, the company refocused and started producing machines for EPS (expanded polystyrene) processing.  EPS is a thermoplastic, closed-cell, lightweight, rigid-foam plastic used in a variety of products, including coolers, bicycle helmets, and athletic footwear.  Today, its foam material machinery has made the corporation a world market leader.

They’ve come a long way from the old blacksmith days!  This is what their machinery can produce now:

After our museum tour, we went back to the year 1779 to see how the family produced tools seven generations ago.  We were shown how the blacksmith makes a plow, and how the waterwheel generates the power for the equipment. 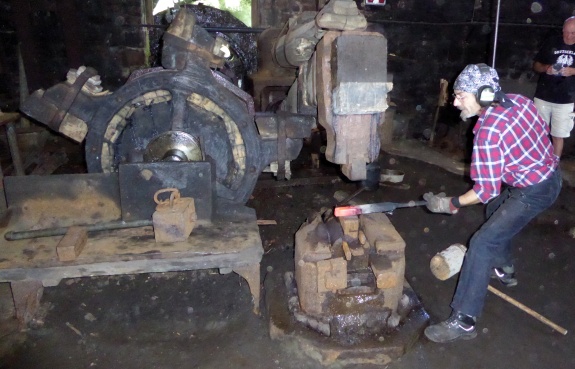 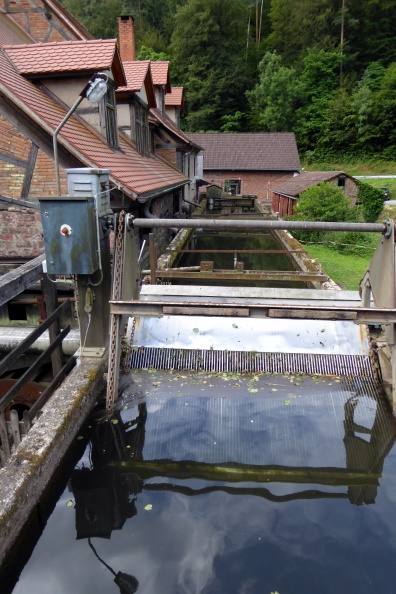 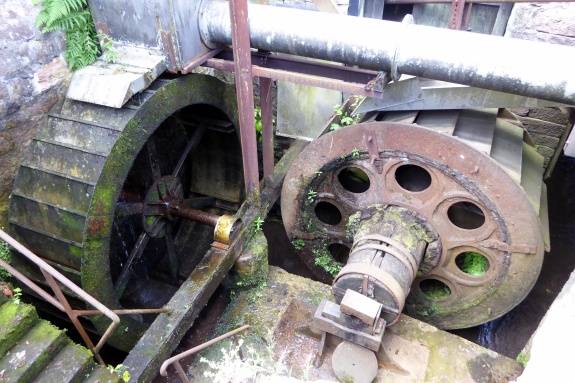 Following our tour, we enjoyed a short, scenic bus ride past the vineyards to visit Johannes at his winery.  By the time we arrived for lunch, the group of passengers from the ship that had toured the winery were already hammered from a morning of wine tasting.  From what I understand, heavy-handed Johannes had them “drinking” rather than “tasting.”

Johannes was a real character!  He wore lederhosen with a bow tie—but, the bow tie was made of wood.  He had a huge collection of wooden bow ties on display in the winery’s lobby, and some were for sale. 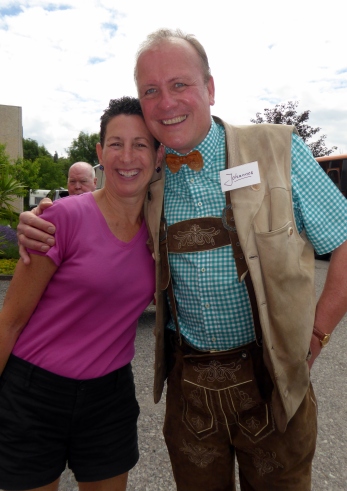 Check out that wooden bow tie!

We enjoyed a delicious catered buffet of traditional German fare paired with as much Johannes Deppisch wine we wanted to drink.  If wine wasn’t your thing, there was beer—and plenty of it. 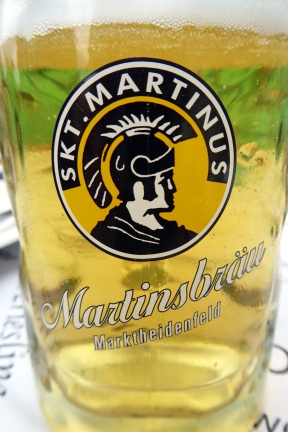 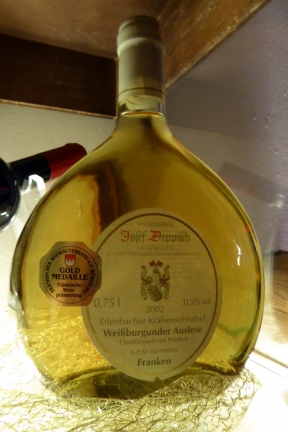 As we dined, a band entertained us with traditional German music.  Later, we they transitioned to performing American rock classics, and the River Voyager passengers kicked up their heels.  What a scene.  It was a P-A-R-T-Y! 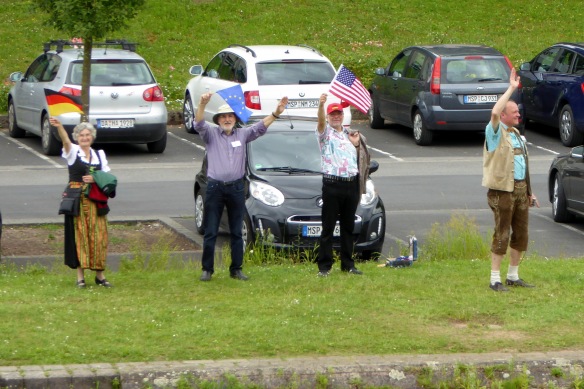 A fond farewell as our River Voyager departs Marktheidenfeld