It was 2007 when my mom and I took our second Vantage Travel river cruise (Belgium & Holland was our first), and we had chosen Eastern and Central Europe as our destination.  We enjoyed the countries we visited very much.

I never thought I would have the opportunity to return, but I was delighted when my suggestion to Bruce of going on a river cruise was met with enthusiasm.  Bruce suggested I choose the itinerary, so I opted for one that combined portions of two river cruises I had previously enjoyed and thought Bruce would enjoy.  The itinerary also included unfamiliar stops in Germany that would be new to both of us.

Germany was featured on the third river cruise I did with my mom, and I was pleasantly surprised at how clean and beautiful it was.  The country surpassed my expectations so much in every way that I wanted to share it with Bruce, especially since one side of his family was of German heritage.  My last name is German, so it is somewhere in my family tree as well. 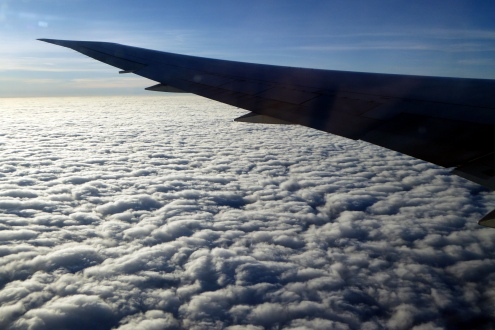 Our journey started with a pre-extension in Prague, a post-cruise destination of my 2007 adventure.  I loved the city and couldn’t wait to share it with Bruce.

Upon our arrival from our red-eye flight from Atlanta, we immediately hit the streets to explore the old town, and St. Charles Bridge area.  Although it had been nine years since my previous visit, my memory served me well as I led Bruce through the cobblestone streets.  For a bit of a chuckle, we stopped on the hour to see the astronomical clock put on its little “show” for the tourists.  I’m not sure which was more fun—watching the clock or watching the crowd photograph the clock! 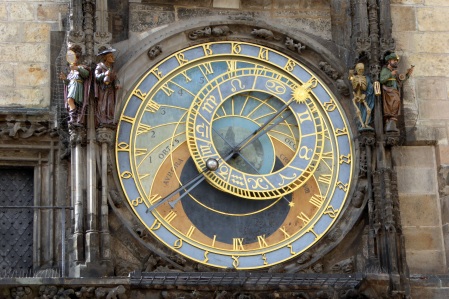 Prague has never suffered a major natural disaster or been the victim of an attack, so the architecture from hundreds of years ago remains intact.  If you enjoy seeing old architecture (and I mean, OLD; “New Town” buildings are from the 14th Century, and “Old Town” architecture dates back to the 13th Century!), this is the city for you!  Just be prepared for a neck ache from constantly looking up at the beautiful details on all the buildings! 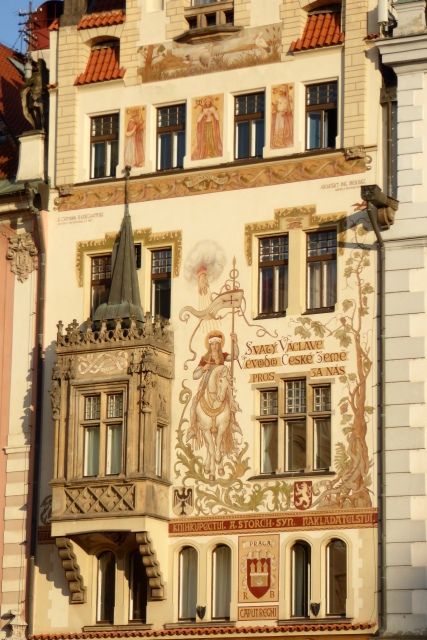 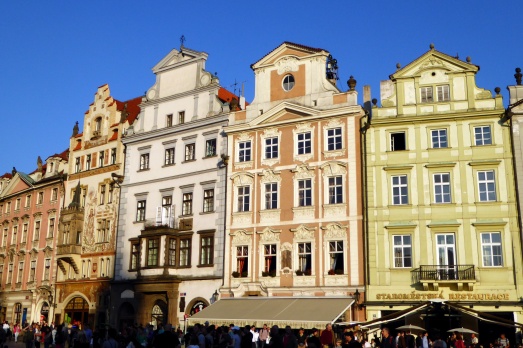 The following day, we joined the others in our group for a walking tour of the Jewish Quarter, Old Town Square, and the St. Charles Bridge.  Prior to World War II, 120,000 Jews lived in the area; however, 80,000 were hauled off to concentration camps never to return alive.  The cemetery was so space challenged that bodies were buried 12 layers deep.  Today, there are only 2,000 Jews living in the Jewish Quarter of Prague. 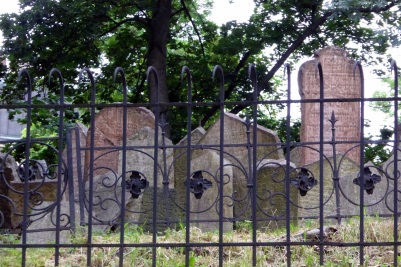 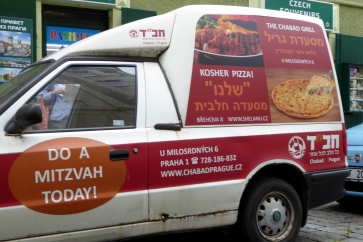 Following our fascinating tour, we hiked up to the castle to enjoy views of the city and admire the architecture.  On the way back, we enjoyed casually meandering the streets on each side of the bridge along the river. 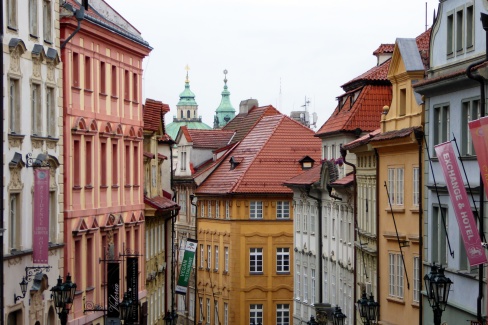 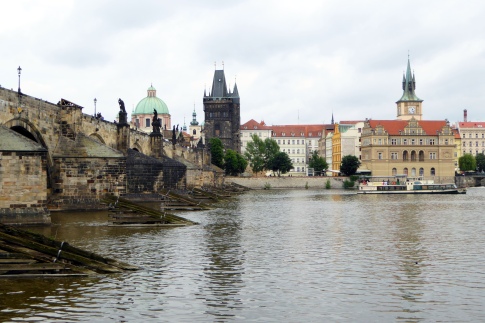 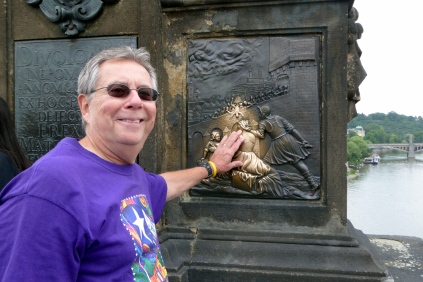 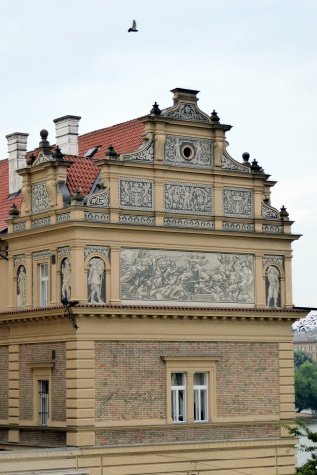 In lieu of lunch, we opted for a snack of “Trdelni’k,” a donut-like pastry shaped like a hollow coiled tube.  It was placed on end in a cup, filled with ice cream, and topped with Nutella.  It was the tastiest $4.50 treat we have ever shared! 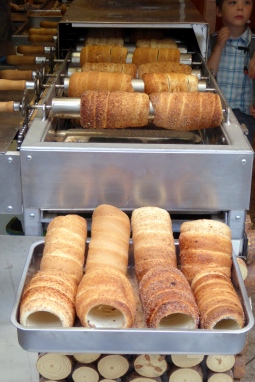 Dinner in Prague was at a little restaurant along the cobblestone streets where they serve traditional fare—cuisine that is completely opposite of our normal healthy diet.  Bruce ordered duck which was served whole along with red cabbage and sauerkraut.  I opted for goulash served in a hollowed out small round of bread.  We also shared an appetizer of potato dumplings as well as a basket of bread served with pate.  Pilsner Urquell on tap was our beverage of choice for three reasons:  It is Czech Republic’s national beer, it has been voted the best pilsner in the world in major beer competitions, and it was less expensive than mineral water!  We enjoyed it all for a reasonable tab of $37. 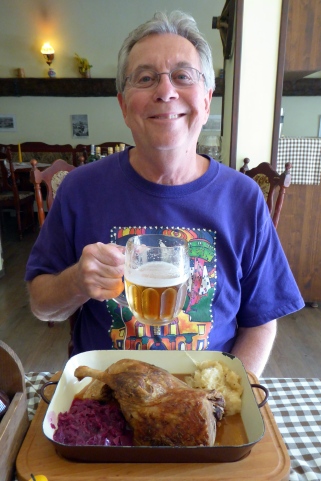 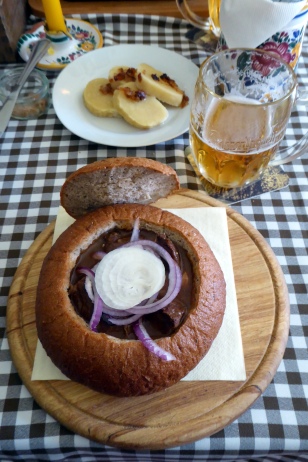 Our next destination:  Bratislava…