It wasn’t much of a steam down the Mississippi to get from St. Francisville to Baton Rouge; just 35 miles was all. So, we arrived at 11:00 PM and tied up for the night.

This morning, I looked out from the American Queen and saw 7 HUGE semis
And four RV-type buses lined up across the street. Elton John is in town for a concert that sold out in four hours.

Later on, as we circled Baton Rouge in our hop-on/hop-off bus, we noticed two more buses from his entourage parked in front of a hotel that we were told costs $600 per night to stay in and books out six months in advance. No worries; Elton can afford it, I’m sure…

Our day in the state’s capitol could not have been more beautiful; sunny and 73 degrees with a comfortable breeze. The only downside of the day was that it was Good Friday, so most things were closed. There are a lot of Catholics in Baton Rouge, evidently, because the city looked like a ghost town. When we gazed down from the 27th floor outdoor observatory of the capitol building, there was hardly a moving car to be seen.

No worries; Baton Rouge did not strike me as a must-see city that would make my bucket list for a repeat visit. But, the day was enjoyable, anyway.

A little background about Baton Rouge: The name comes from the French words for “red stick”, in reference to a pole covered by bloody animals that marked the boundary between two Native American hunting grounds, back in 1699. French explorer Sieur d’Iberville gets credit for that lovely discovery.

Since then, it has been under the control of France, Britain, Spain, Louisiana, the Florida Republic, the Confederacy and the United States; a complicated history compared to my native state of California!

Baton Rouge has been Louisiana’s capitol since 1849. And, the push to establish the city as a hub for river traffic came under the direction of French Canadians driven from their property in the north by the British. The group was known as Cajuns and their unique cultural influence is a key component of the area today.

Although New Orleans was the most populated city in the state pre-Katrina, the hurricane drove many people out of the New Orleans area. In a very short time, Baton Rouge had an influx of 200,000 new residents, making the city one of the fastest growing for its size in the United States. 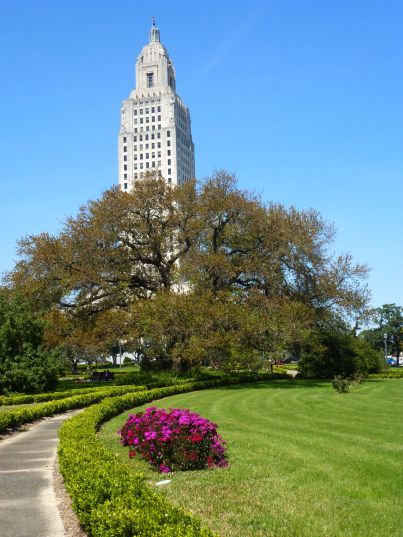 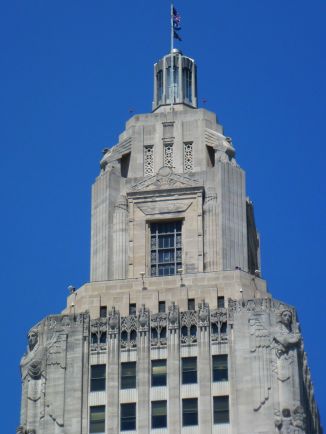 The highlight of our visit today was visiting the state’s “new” capitol building, built in 1932. It is the nation’s tallest capitol at 34 stories and has a beautiful interior of Italian marble. The floor was particularly interesting to me, as it was made of Mt. Vesuvius lava rock and travertine square tiles. 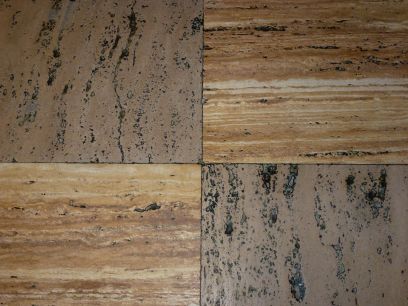 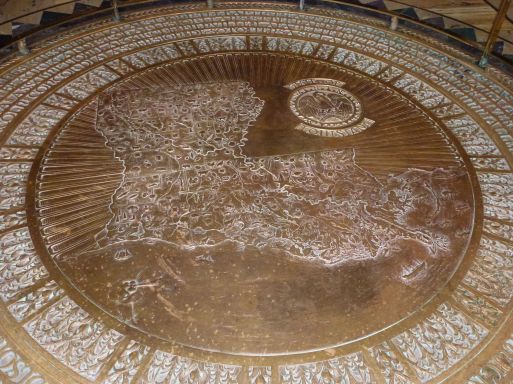 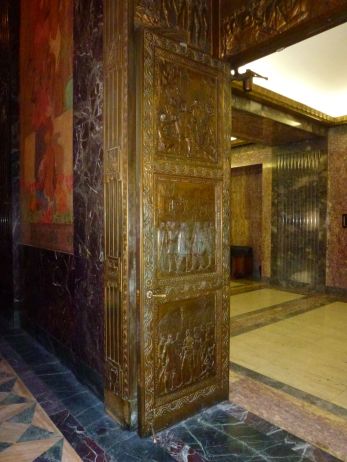 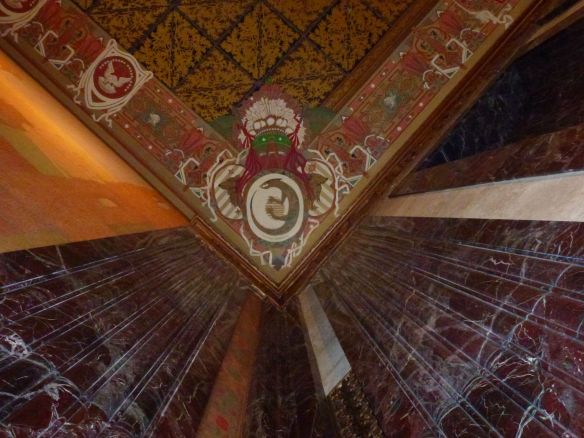 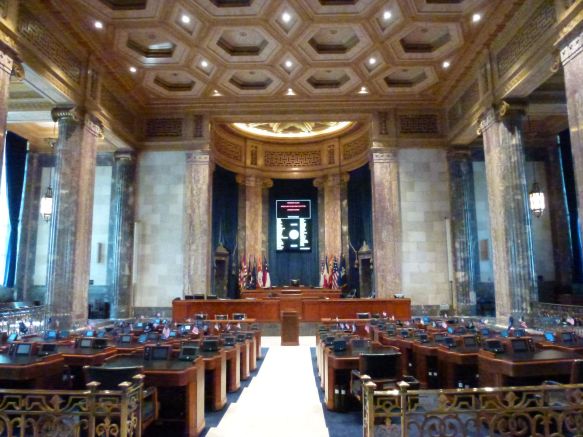 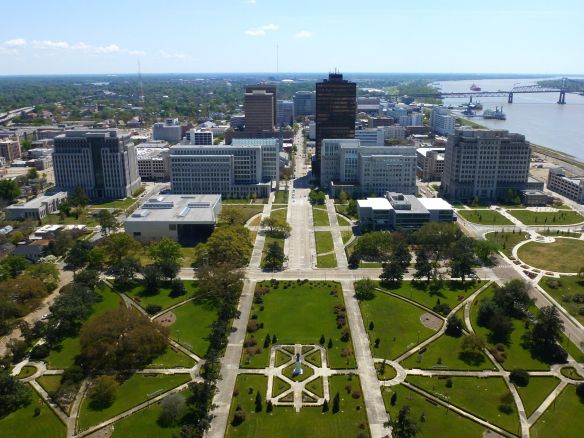 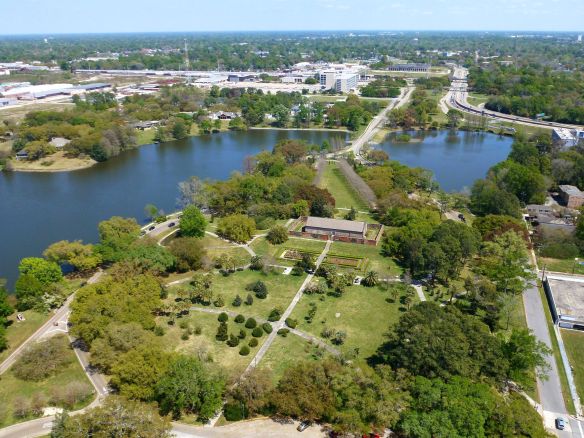 Other than the capitol, the only other visit of the day was a self-guided tour of the the USS Kidd, an early 1940’s destroyer that was conveniently docked next to the American Queen. 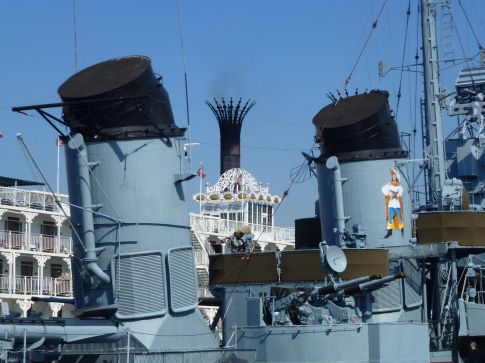 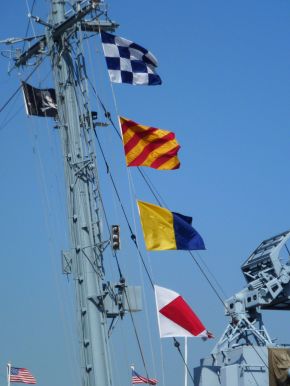 What was lacking in Baton Rouge was the Southern charm we enjoyed in our other ports. This, of course, is only based on a one day visit of just the downtown area, but it is an apples-to-apples impression, compared to our other stops.

Our final stop is just the opposite; a sugar plantation called Houmas House. More on that in my next post…

2 thoughts on “35 Miles Down the Mississippi River”