To be quite honest, just the mention of “Nuremberg” used to turn my stomach, given all the history I learned at Jewish religious school about Nazi Germany and the Holocaust.  Actually, I used to have just as negative of a reaction to hearing the word “Germany.”

As time marched on, I grew up, the Berlin Wall fell, and Nazi Germany was further in the past, I became more open-minded about the place I had vowed never to visit.

It wasn’t until my first river cruise in 2002 when our program director, Tia, raved about Germany and said it was her favorite river cruise itinerary.  I remembered thinking to myself, “Really?”

I ended up loving Germany so much when I visited on that very river cruise itinerary (in 2011), that I so eagerly wanted to return—even to see Nuremberg.  After all, I have met so many wonderful Germans since then, and most of them are so terribly ashamed of that darkest period of their history. I also reminded myself I am an open-minded liberal Democrat who firmly believes in this current election cycle’s favorite DNC slogan, LOVE TRUMPS HATE.  (I need to buy the t-shirt!)  Why should I paint a wide brush of hate against all Germans and all of Germany when the vast majority of Germans are just as repulsed by the thought of Hitler and the Nazis as I am?

As it turned out, Nuremberg is a charming, beautiful, and delightful city to explore on foot, and we did just that.  In addition to our excellent walking tour that begun outside the walls of the Castle of Nuremberg, Bruce and I hoofed it all around the old city, walking in and out of the cobblestone streets to explore the beautiful architecture.  What a fabulous and memorable day! 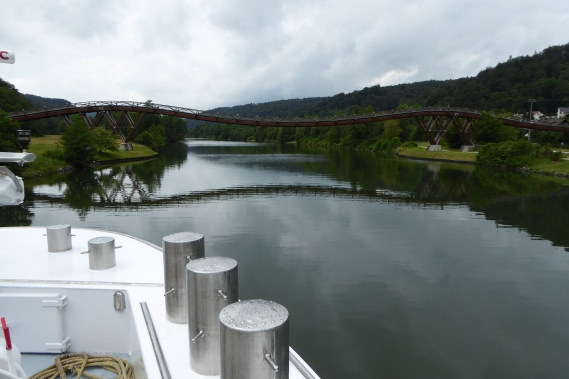 An interesting bridge on our way to Nuremberg

The town of Reidenburg, on the way to Nuremberg 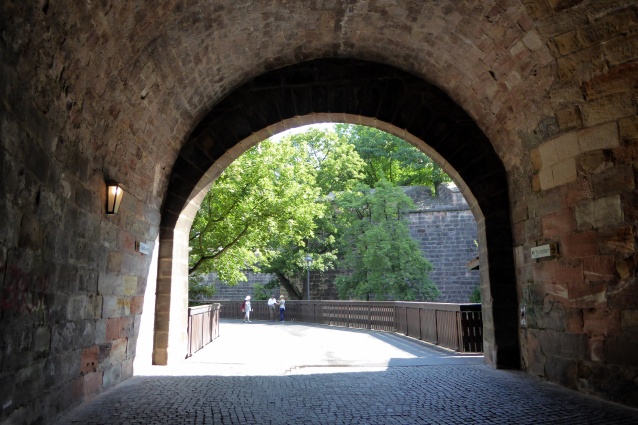 Our walking tour began outside the walls of the Castle of Nuremberg, one of the most important imperial castles of the Middle Ages.

The Old City, just on the other side of the arched tunnel was charming! 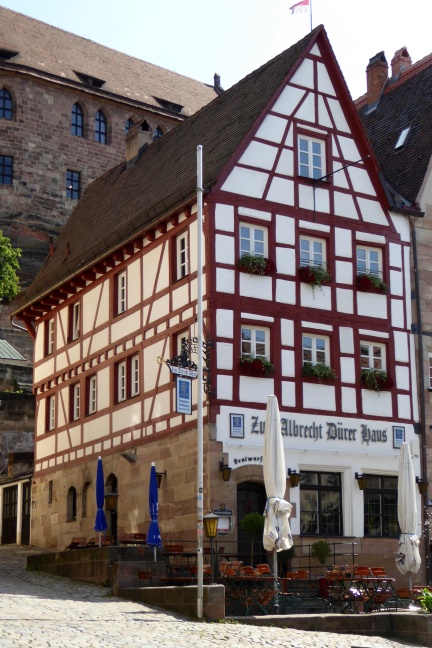 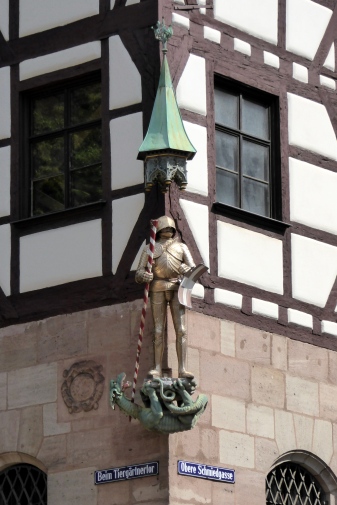 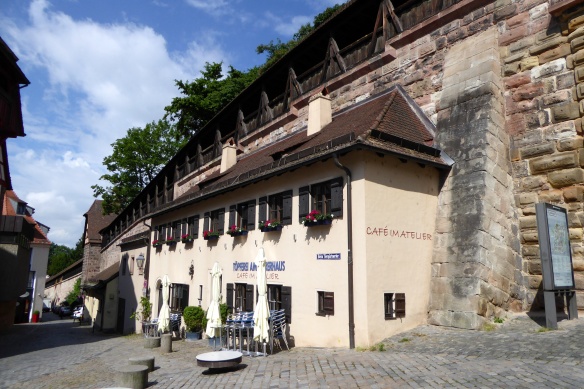 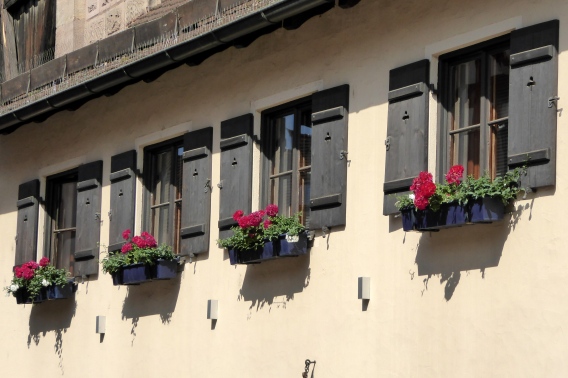 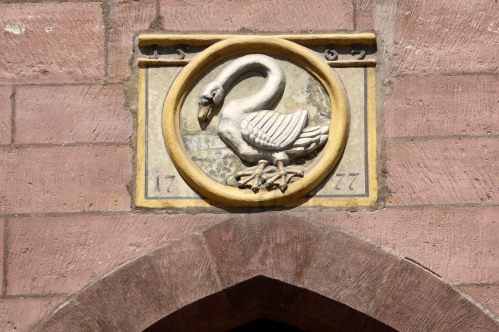 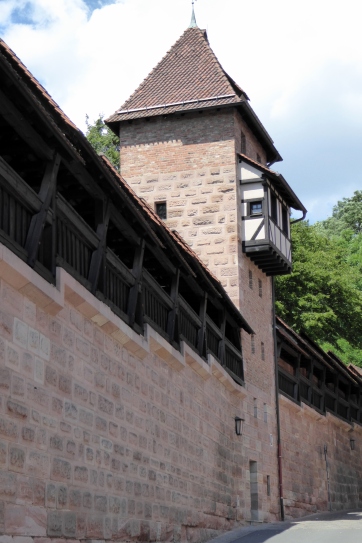 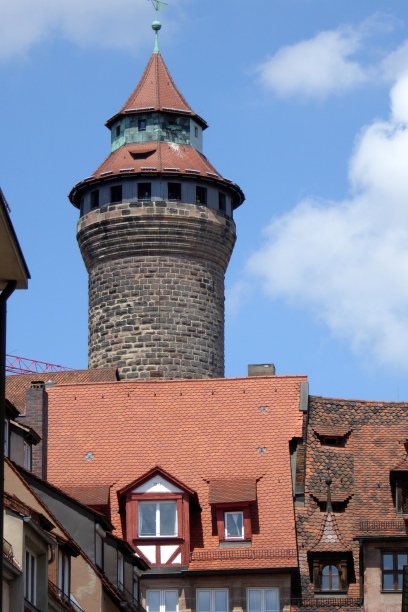 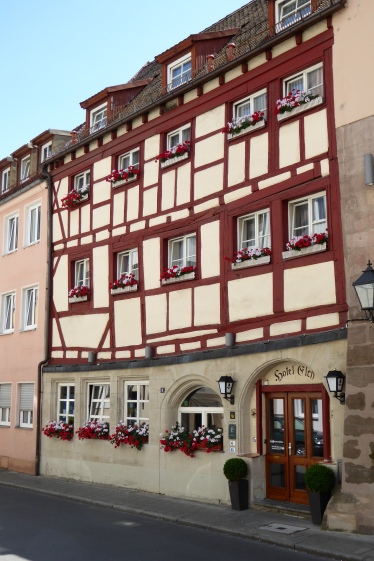 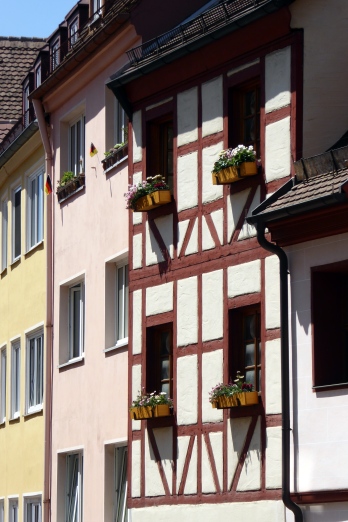 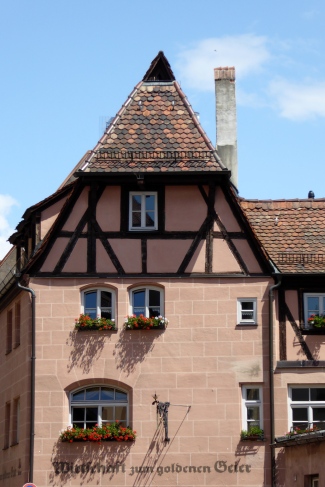 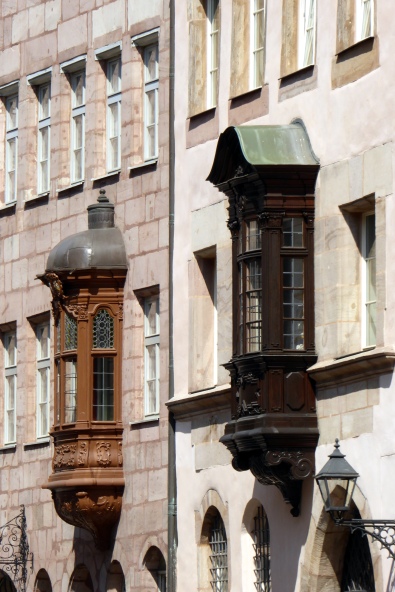 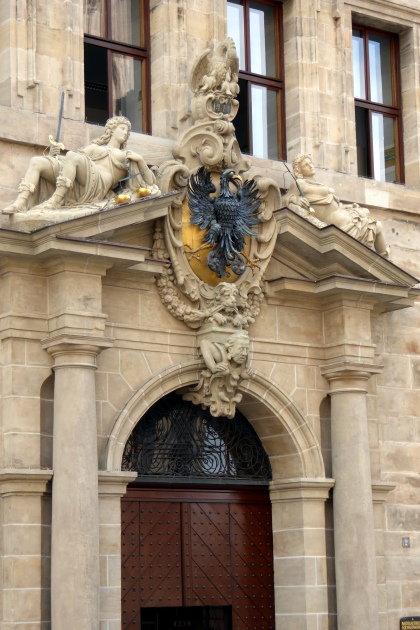 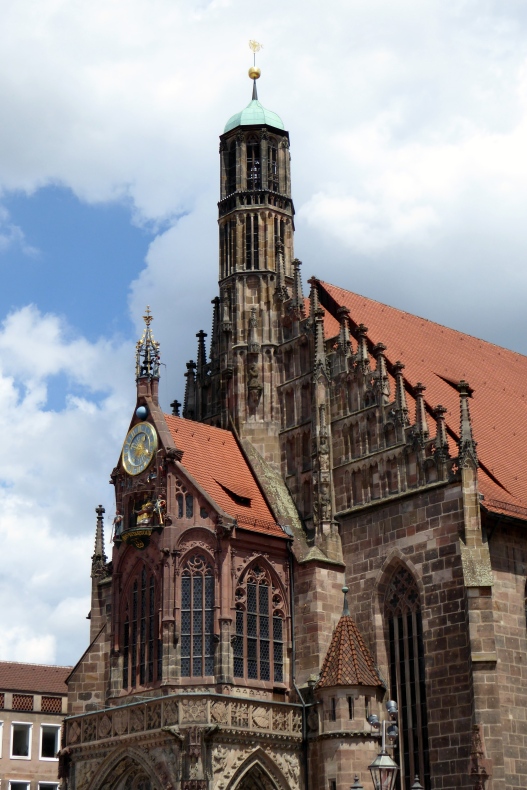 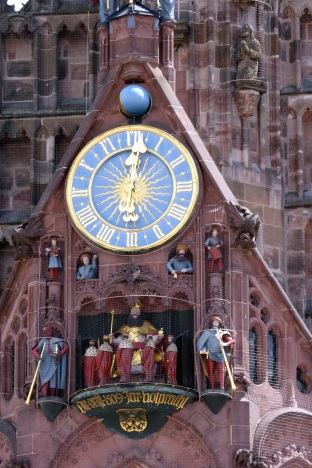 As the bells chimed at Noon 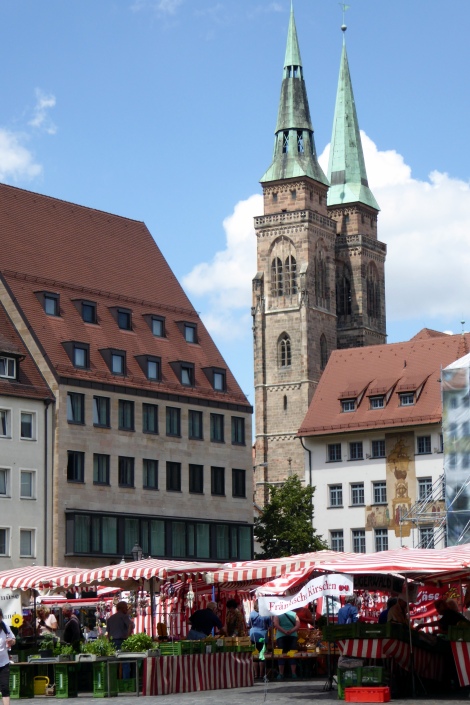 We enjoyed meandering around the Farmer’s Market as we waited for the church clock to “perform.” 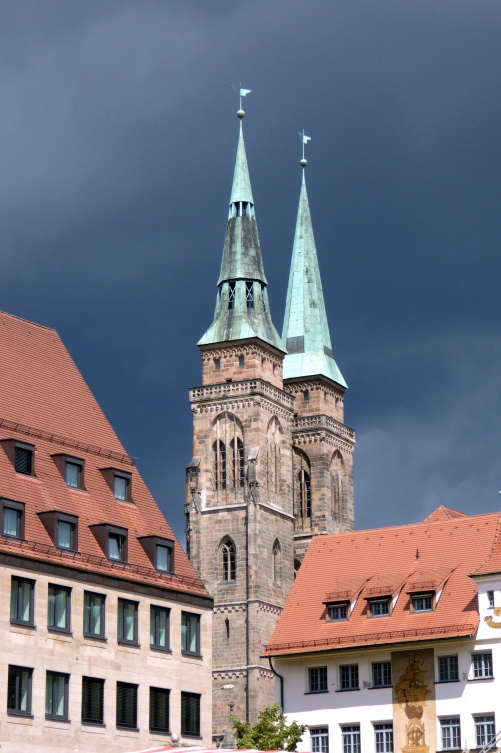 At one point, the skies looked quite threatening! 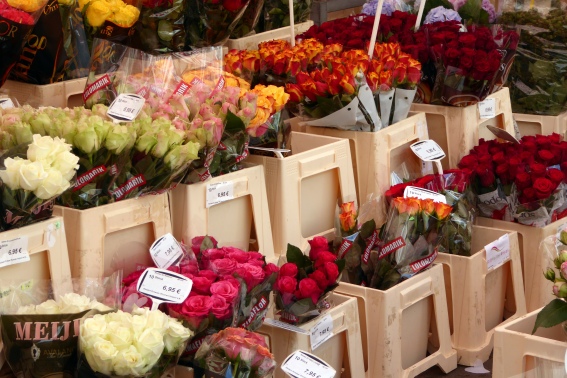 Notice the prices (in Euros) of these truffles! 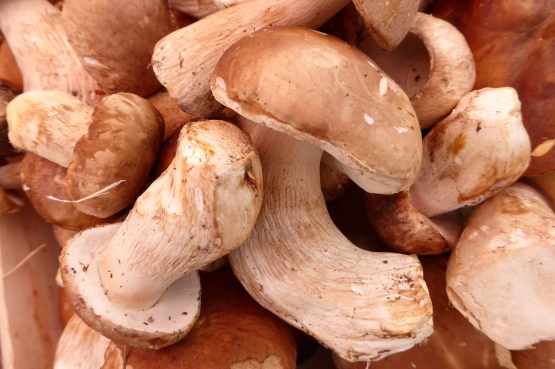 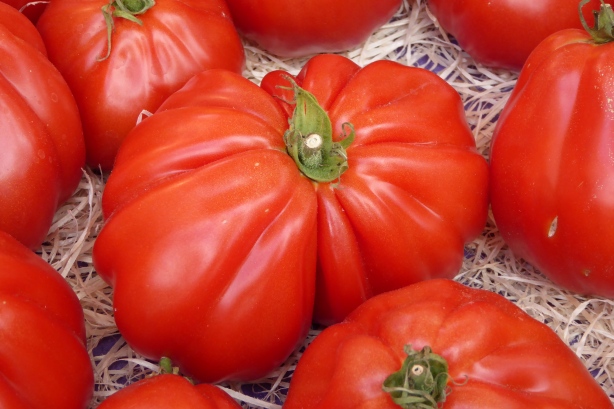 This was an amazing miniature at the fabulous Toy Museum. 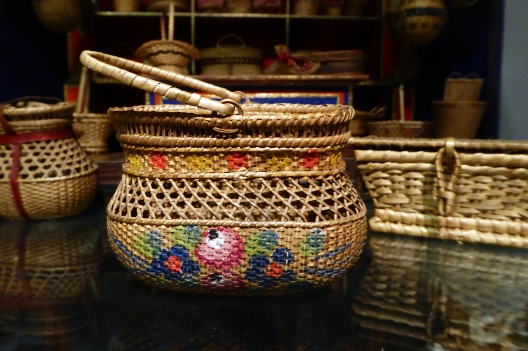 This miniature basket measured no more than two inches wide!

We were fortunate to wander into one of the churches just in time for a free organ recital! 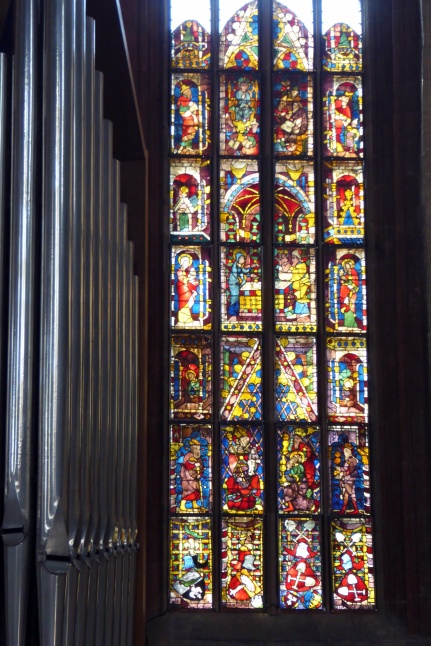 Upon arrival in Germany, we noticed many VERY long words on signs and began to count the letters in search of the longest one.  Our search was over in Nuremberg when we found this one at 22 letters!

Coming up next:  Cruising the Main-Danube Canal and Main River.