Prior to the American Queen’s visit to Memphis, Tennessee, we stopped in New Madrid, Missouri, and Ashport Landing, Tennessee.  Neither stop was anything to blog about; however, I will throw in a few photos from Fort Pillow, where we learned way more about Confederates and canons than I ever cared to know.  This photo of the museum exhibit on the subject explains my distaste for all things Confederate and Civil War: 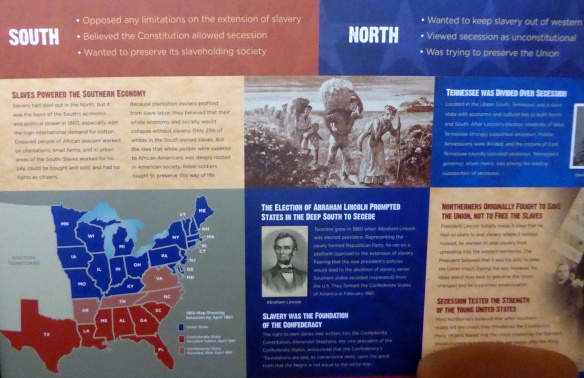 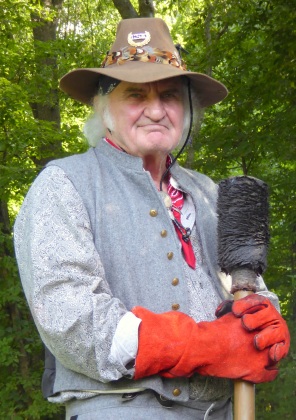 Moving on to Memphis, this was a day Bruce was especially looking forward to, being the blues harmonica player that he is.  I had been to Memphis in 2013, when I took my mom on a cruise aboard American Queen, from Memphis to New Orleans; however, I looked forward to returning and sharing the experience with Bruce.

Included in our cruise was a tour of Graceland, and what instantly came to our minds as we headed to Elvis Presley’s mansion and museum was Paul Simon’s song lyrics:

I can just hear Simon’s voice now… but, I digress.

Graceland opened their doors an hour early for American Queen passengers, so it was great to get a nice head start through the mansion and exhibits, knowing we would have a full day ahead of us.  Neither of us are huge Elvis Presley fans, but we enjoyed the experience.

Here are some photos from Presley’s mansion and the museum: 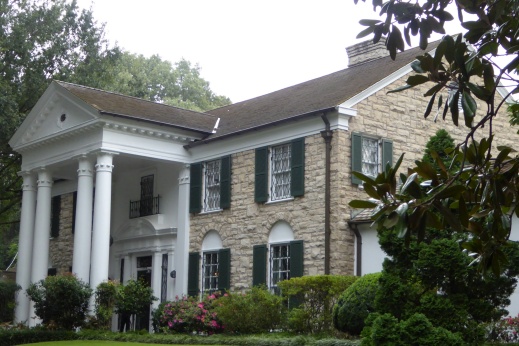 The stained glass peacocks were beautiful. 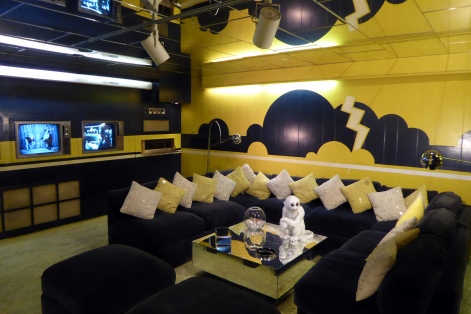 There were actually three TV’s in this room.  Elvis would watch all three at the same time.

The entire ceiling and wall was covered in folds of fabric. 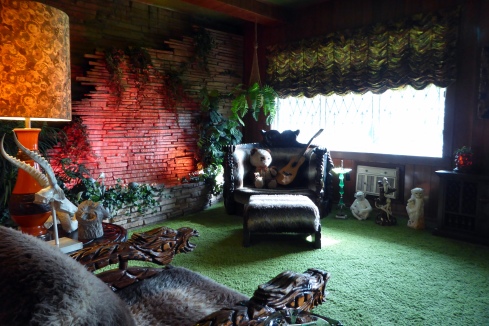 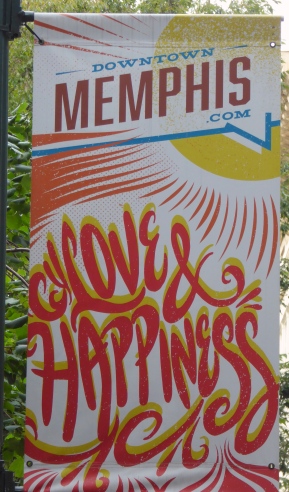 The remainder of our day in Memphis was spent enjoying the sights of downtown.  We were able to walk into the city easily from the boat, so we headed to the historic Peabody Hotel, home of ducks (Really, I mean it!  Check out my 2013 post about it here.  While you’re at it, check out the neon pictures taken at night along Beale Street.)

The backstory on these famous Peabody ducks is that in 1933, the hotel’s owner had live ducks as decoys for duck hunting.  As a joke to the staff and guests, he decided to put them in the lobby fountain.  Well, it was a huge hit, so they have been at the hotel ever since.  (Of course, not those very same ducks; they don’t live that long!)  The ducks live up on the hotel’s roof and are escorted down to the lobby by elevator, led by their master, dressed in top hat and tails.  He makes a big to-do about it that draws crowds of people each day to watch the ceremony of ducks waddling down the red carpet, across the little bridge, and into the fountain! 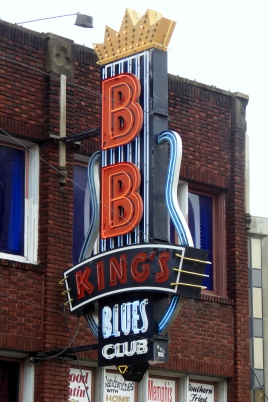 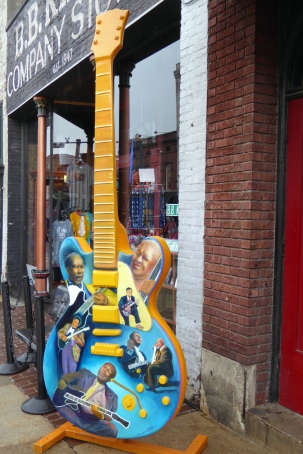 Our next stop was the Rock ‘N’ Soul Museum, an included attraction with our cruise that was especially fabulous.  The introductory film we saw before continuing into the museum was well worth the visit alone.  The exhibits, though, were very well done, and we could have spent all day just listening to all of the great music they had available throughout the museum! 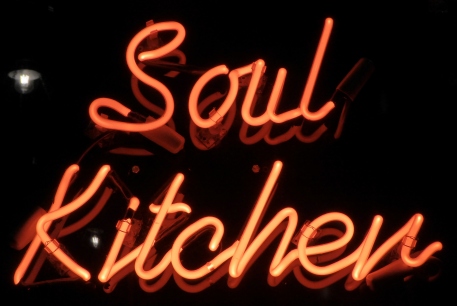 Blues City Café was where my mom and I had gone for lunch back in 2013, and I had a hankering for another plate of their tasty tamales.  I thought Bruce would enjoy them, too, so we stopped in for a quick lunch.  Yum! 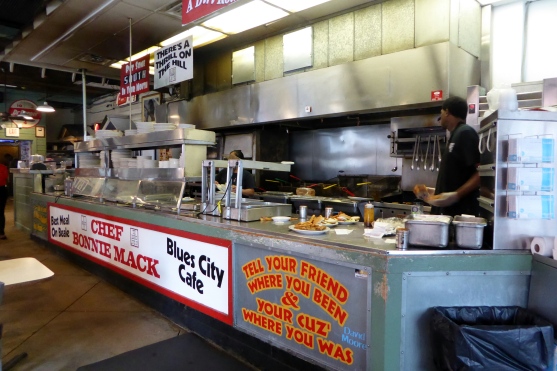 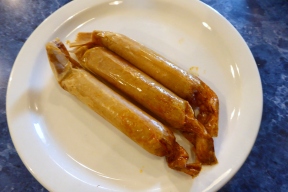 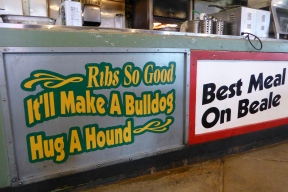 Next, we visited the Memphis Music Hall of Fame, located just across the street from the café.  Although smaller in size and not as fabulous as the Rock ‘N’ Soul Museum, we still enjoyed the exhibits. 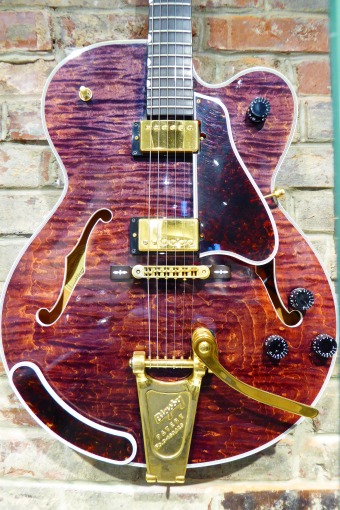 When it started to pour down rain later in the afternoon, we decided to board American Queen’s hop on-hop off bus, and enjoy Memphis in dry comfort. One of the bus stops was at Sun Studio; however, we didn’t have enough time to take the tour.  No worries; we’ll see it in January, when we return to Memphis for our American Duchess cruise.

The final stop for the bus was Bass Pro Shops, and we figured we had enough time to take a quick run around the huge store before the next—and last—bus arrived to take us back to the ship before departure.

This boat was for sale, as were all the others floating in their ponds.

This Bass Pro Shops location wasn’t your ordinary Bass Pro Shop store (although, none of their shops are ordinary!); it was housed in a 320-foot high glass pyramid, the 10th largest pyramid in the world, and quite the spectacle!

From beginning to end, we made a (very) full day of seeing—and thoroughly enjoying—Memphis!