In 2015, during our seven-week road trip, we spent a wonderful day in downtown Louisville, touring the Louisville Slugger Museum and seeing other highlights of the city.  (See my blog post here.)

This time, we arrived in Louisville aboard the American Duchess, so we saw the city skyline from a different perspective. 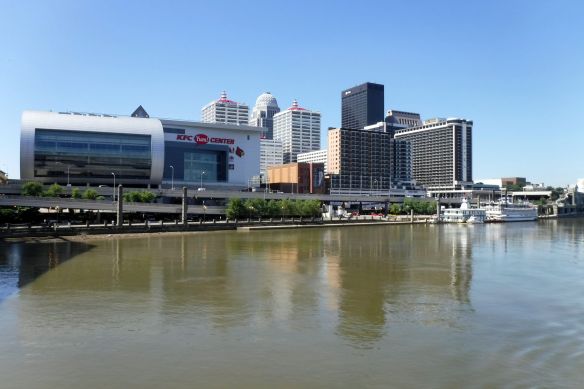 Instead of revisiting downtown, we did something we missed during our first visit:  took a behind the scenes tour of Churchill Downs, home of the Kentucky Derby.  Having seen Churchill Downs on TV over all these years, it was fun to be able to actually be there.  On this day, however, it was very quiet; not a horse to be found on the track.  It was a very hot day, and the horses that were there had been exercised hours before our tour.  (We had been fortunate to get to see the horses close-up during our tour of Keeneland Race Course during that road trip, but the timing just wasn’t right for this tour.)

One of the highlights of touring Churchill Downs was getting to meet 1970 Kentucky Derby winning jockey, Mike Manganello, who rode Dust Commander to victory.  We heard some interesting stories during our Q&A session with him and learned what life is like to be a professional jockey.

The other highlight was watching a film about the history of Churchill Downs that we viewed in a theater with a 360-degree screen.  We sat on stools in the center with the screen surrounding us.  As they showed footage from previous Kentucky Derby races, we spun around to watch as the horses raced a full 360 degrees around the screen.  Since the sound traveled with the scene, and the camera angles were very close-up, the experience was thrilling and quite unique!

Here are scenes from the day at the track: 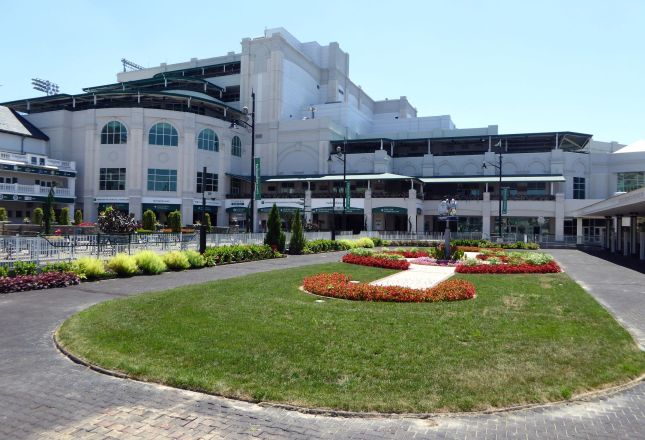 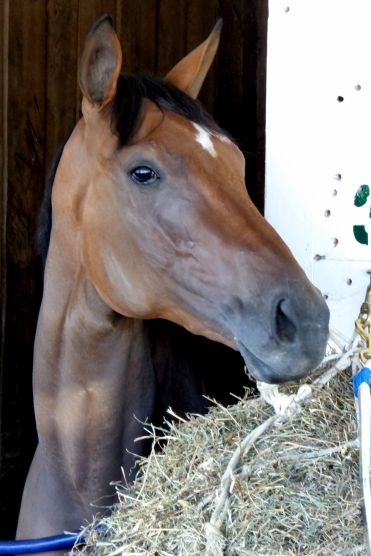 Bill Shoemaker was one short guy! We toured the Churchill Downs Museum and learned about the great jockey. 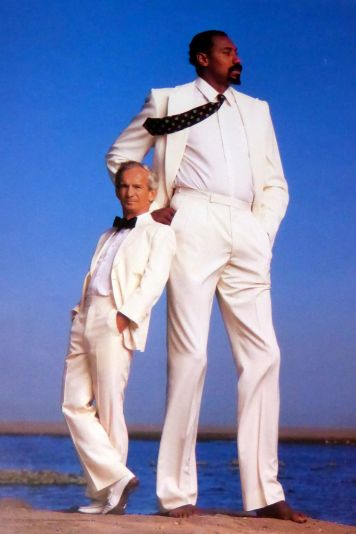 Standing next to Wilt Chamberlin proves just how short Shoemaker was– and, how tall Chamberlin was in comparison!