When I took my mom on a Mississippi River paddlewheel cruise aboard the American Queen, in 2013, I thought it would be a one-and-done experience; a novelty that you do once in a lifetime and check off the bucket list.  I enjoyed the experience so much, however, that I convinced Bruce that he should give it a try.  Four years later, he went all in, choosing a “Mighty Mississippi” cruise (Red Wing, Minnesota to New Orleans, Louisiana) on the same boat.  And, as they say, the rest is history.  He was hooked, and the hook was set.

The following January, in 2018, he took me on the American Duchess (another American Queen Steamboat Company paddlewheeler) for my birthday, and even though it snowed in Memphis (!) and during the first two days on the boat, we had a blast.

Four months later, we cruised aboard the third boat of the fleet, the American Empress, on the Snake and Columbia rivers.

We thoroughly enjoyed them all, but there was one more itinerary with American Queen Steamboat Company that Bruce really wanted to do, and I was game:  Memphis to Pittsburgh aboard the American Duchess for the “Great River Race” cruise.

If you search “Memphis” on this blog, you will see that Bruce and I had been to Memphis together twice before; this would be our third.  (The cruise in 2013 also started out in Memphis, so this was my 4th time to the city.)

I have enjoyed Memphis during each visit, and even though I photographed the neon signs on Beale St. each time, I found myself drawn to them once again.  Here are the ones you won’t see in my previous blog posts: 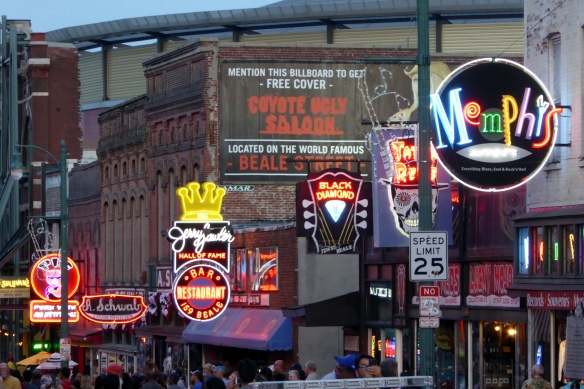 One of my new U.S. Master Swimming friends lives in Memphis, so she joined us for dinner at Blues City Café.  She told us about “Mighty Lights,” the light show that was installed on the bridge that we could view from the top of the Peabody Hotel where we were staying.  The summer nights show lasts about ten minutes and is repeated twice an hour until 10 PM.  It was quite a sight!  I had fun with my camera, playing with the light and capturing some of the images while purposely moving my camera.  Other times, the lights flashed “U.S.A.” and phrases across the bridge, so it was a beautiful display to watch (but impossible to photograph clearly with still shots).  Check out the videos on the Might Lights website; it’s amazing! 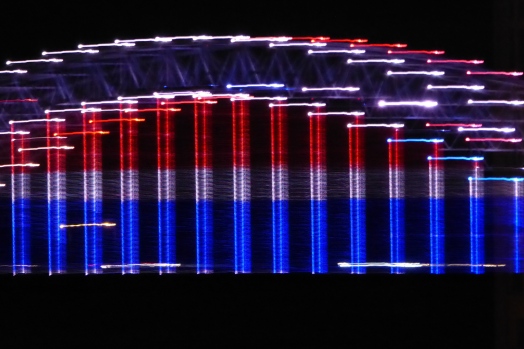 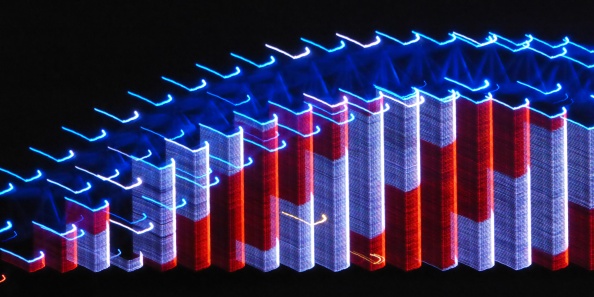 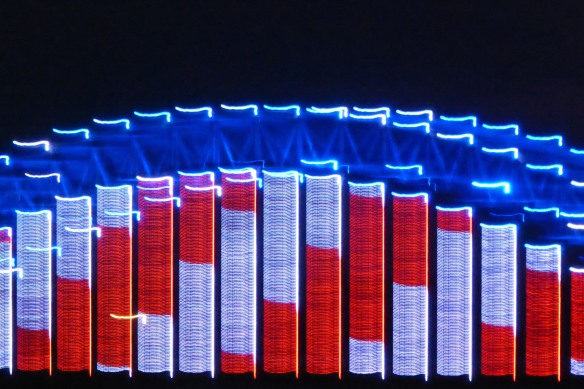 This time while visiting Memphis, we toured Sun Studio, “The Birthplace of Rock ‘n’ Roll” and where Elvis Presley recorded his first album.  B.B. King, Johnny Cash, Jerry Lee Lewis, and many other Blues, Gospel, Rock ‘n’ Roll, and Country musicians got their start at this iconic recording studio.  Our entertaining tour guide shared interesting stories, and the studio was full of wonderful photos and memorabilia.

Staying at the historic Peabody Hotel this time was a treat, because our past cruises out of Memphis had us at the Sheraton for our pre-cruise night that was included in the package.

During our departure from Memphis, we were treated to nice views of the city skyline, the “Dolly Parton Bridge,” and a rainbow off the paddlewheel.  We were on our way to Paducah… 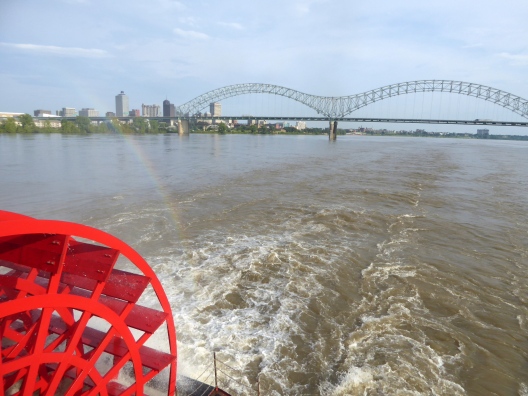 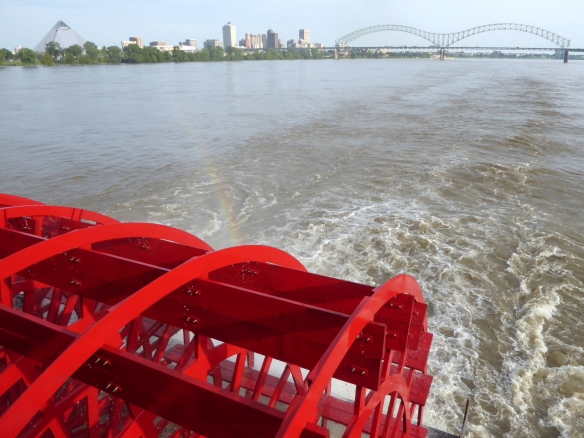 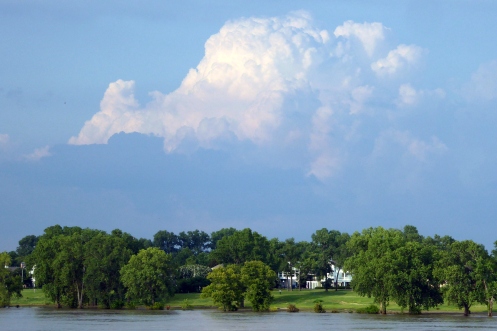 3 thoughts on “MEMPHIS: HOME OF THE BLUES & THE BIRTHPLACE OF ROCK ‘N’ ROLL”