When Bruce and I take a road trip, we typically have a plan for each day; however, we like to keep it loose.  I’m usually armed with the names and addresses of a couple of different restaurants I’ve researched on Trip Advisor, as well as a list of top-rated things to see and do in each place we plan to visit.  As the day unfolds, we see how the mood strikes.  Typically, Bruce and I are interested in the same things, so we rarely need to compromise.  We almost always agree!

We decided to spend our day exploring the towns we hadn’t yet visited on the west coast of the Door County Peninsula.  Our first stop was Egg Harbor, and I was curious how the heck it got its name.  A sign posted at the town park explained it like this: “According to legend, a fleet of boats departed Green Bay in 1825 to deliver furs to the Mackinac Island trading post.  The men stopped at this unnamed harbor for the night.  While landing, the boat crews raced each other to reach the shore first.  Eggs were thrown at the leading boat and quickly returned.  When the boats reached the shore, the battle continued until the eggs were gone.  In honor of the battle, the men named this bay “Egg Harbor.”

What a charming town with a funny name!  The park was landscaped beautifully, and interesting sculptures adorned the path through the terraced park, and down to the beautiful harbor. 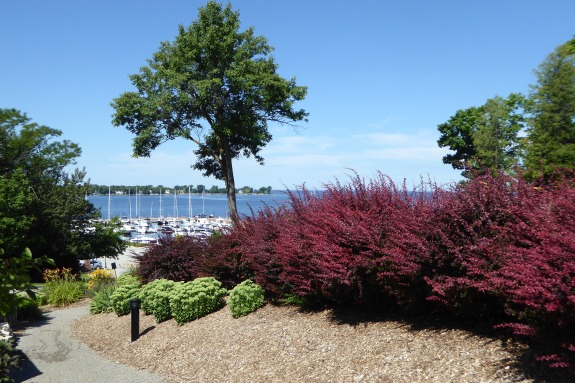 Egg Harbor had some nice shops, galleries, and gardens we enjoyed poking around before continuing on to Peninsula State Park.

Other than the light house, I didn’t do much photography; however, it was a wonderful park for picnicking, riding on the bike trails, camping, enjoying the beach, or just wandering through like we did.

Bruce and I were working up an appetite, so we continued on to Sister Bay with my list of a few restaurants to check out for lunch.  I had read in National Geographic Traveler Magazine that Al Johnson’s Swedish Restaurant had great lingonberry shakes, so we already knew where we were going to splurge on dessert.  (After all, we hadn’t a clue what a lingonberry was, so our curiosity had us sold!  It’s turns out to be a cross between a cranberry and a currant.)

Although Al Johnson’s is quite touristy (and we usually prefer local hangouts), we couldn’t ignore the fact that more than 1,500 reviewers had given the restaurant an average 4-1/2 out of 5 rating.  Besides, Swedish restaurants always serve herring, and we both had a hankering for herring!

What I wish I hadn’t done was actually read the reviews, because it (almost) spoiled the fun.  Imagine driving down the street and casually looking left and right as you look for a parking place, and then spot goats out of the corner of your eye!  Oh, and did I mention those goats were on the grassy ROOFTOP of the restaurant??  Yeah, I knew that from the reviews, but can you just imagine how shocked we would have been if I hadn’t read those reviews???  It makes me wonder if the sight of those goats had ever caused any car crashes! 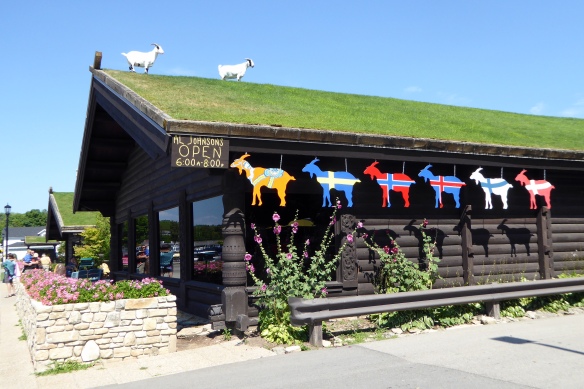 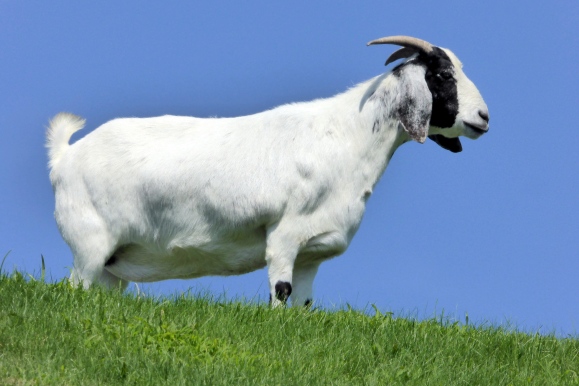 I just had to know the story of the goats.  Curious?  Read about it here.

All I knew is that I had to have my picture taken with those goats, so I could send it to my best friend, Laura.  “Bring in da goats!” has been a running joke of ours since she visited us in Georgia.  As what typically happens when the three of us get together, we drink a little too much wine, the jokes start flying (mostly started by Bruce), and we can’t stop laughing.  Darn if I can remember what the joke was, or how the whole goat thing got started; but, whenever we see a goat, it inevitably leads to an exclamation of, “Bring in da goats!” delivered with an Indian accent.  Then, if I am so inclined, I snap a picture, and send it off to Laura with the same caption.  So, dear Laura, this photo (and blog post) is dedicated to you!

Now, about that herring.  Check out this $15.00 plate of pickled herring, assorted cheeses, and pickled beets.  What you don’t see is the beautiful accompanying basket of fresh breads and assorted crackers that came with it.  Thankfully, we split this beast, because we barely had room for the huge shake ($5.50) we split afterwards.  (Not only did our waiter give us the entire metal shake cannister full of delicious shake, we were each provided a pewter mug to enjoy it in.  It sure kept that shake cold!)

That lunch rocked.  We’re still talking about how delicious it all tasted!

A stroll along the harbor and beach after lunch was delightful—that is, until we saw the oncoming storm.  Lightning appeared to be headed our way, so we decided to continue our exploration within the (hopefully!) safe confines of our rental car.  After exploring the northern tip of the peninsula, we headed back south and outran the storm. 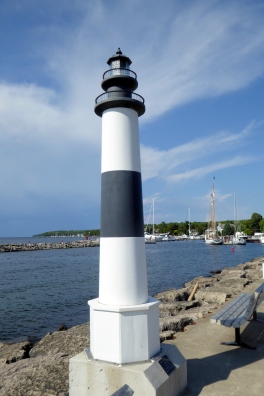 The following day, we wandered around the eastern side of Door County Peninsula before returning to enjoy the town of Sturgeon Bay. 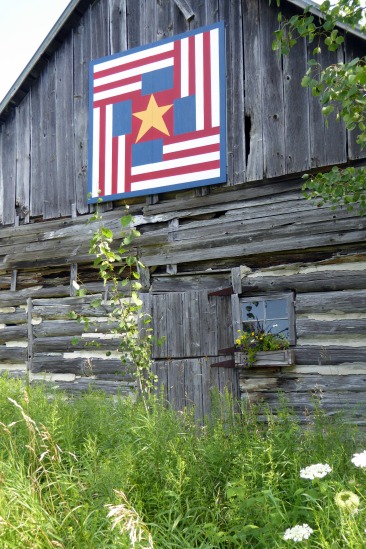 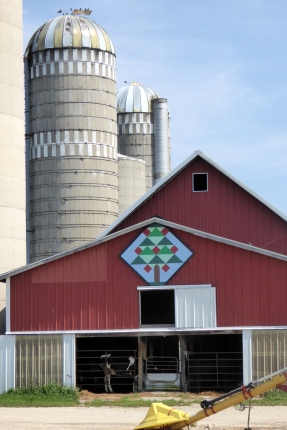 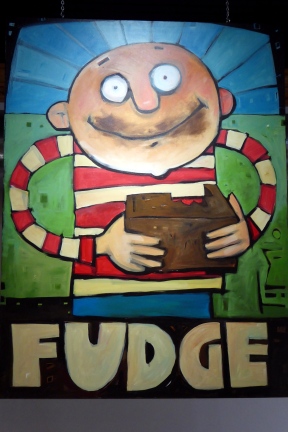 Seen on a car in Holiday Music Motel’s parking lot.

Next up:  OH DEER!  THOSE “TOWNIES” DO OWN THE WHOLE DAMN ROAD!