The early evening light cast a beautiful golden glow on the shores of Puerto Plata, and our arrival to Amber Cove was magical.  After enjoying the sail into port from the aft deck, we took in the views of the cove from our balcony, as we got ready to head to the dining room for another delicious dinner.  That night, I was getting so excited to see our amigos and amigas at Chocal the following morning that it was difficult to get good sleep.

After breakfast, we grabbed the box of ear plugs and stack of photo notecards I made for everybody and eagerly hiked out to the buses.  Leurys from IDDI (Dominican Institute for Integral Development) spotted us immediately and greeted both of us with a big hug and “thank you”.  Back in January, she had admired the fused glass earrings I had been wearing, and since Bruce had made them, it was easy enough to give her an identical pair.  Bruce offered to send her some as a gift; however, we were unsure of the mail service; so, I sent them along with a friend of mine who sailed on Fathom’s Adonia, in February.

When we arrived to Altamira (“high view”), our bus load of volunteers started out working at the cacao plantation.  “Hola, Gumarcindo!  Que lo que?!  (What’s up?)”  As soon as he heard my voice, Gumarcindo turned around and greeted me and Bruce with a huge smile, hug, and a fist bump for Bruce.  (It’s a guy thing, I guess…)  The surprised look on his face was priceless when we gave him the photo card I had made from the picture I had shot last January.  He was so appreciative!

It was time to get to work, though, and our group hustled filling 266 bags of dirt, and then passed them down the assembly line to receive cacao seeds.  In two months, they will look like the ones we planted in January.  It was great to see how our “babies” were doing!

Bruce leads off the “bucket brigade”

Our “babies” from january!

Cacao pod and seeds.  The membrane surrounding the seeds is delicious!  Suck the membrane off the seed, but don’t bite, because the seed itself is very bitter! 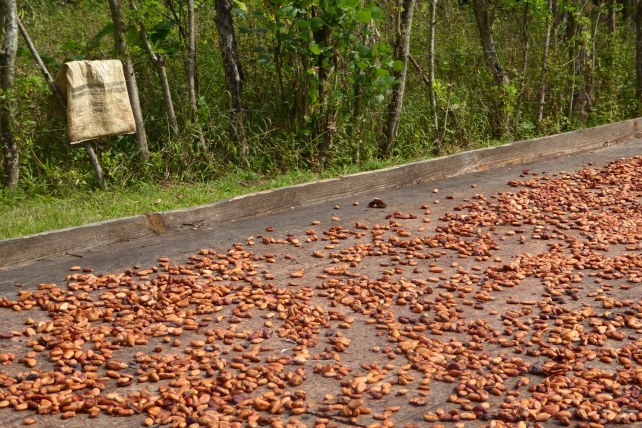 Cacao seeds drying in the sun 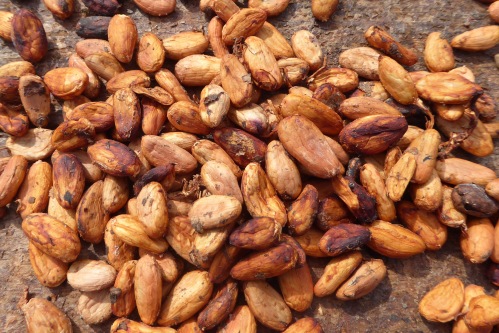 Not only did Gumarcindo remember us, but Wilmers, Steven, and the bus driver, Milagras did, too.  Instead of going off with the group to tour the fermenting area (which we had seen during our last visit), I stayed back to talk with the guys. 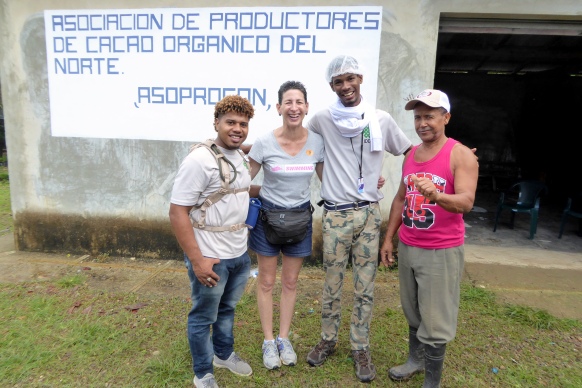 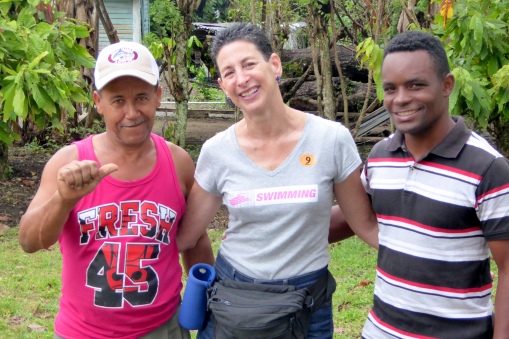 When our time was up at the nursery, we headed over to the factory to sort beans and nibs, mold chocolate, and wrap chocolate bars.  Again, our enthusiastic greetings of “Hola!  Que lo que?” were met with big, wide-eyed smiles, and hugs.  It was nice to be remembered!  We also were so happy to see how much everybody appreciated the photo cards.  One of the ladies even went to get paper towels and carefully wrapped hers up, and then held onto it tight.  (She at least let us get another photo with her and the card first!) 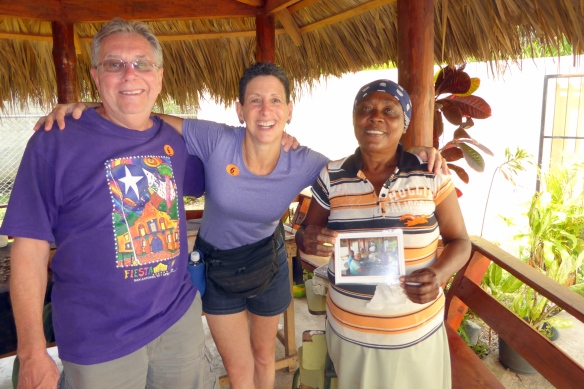 Bruce and I join Mamita

They had so much fun looking at each other’s cards and laughing at the pictures!  We may not have been able to communicate too much using words with each other; but, a smile is a smile in any language, and those ladies were all smiles! 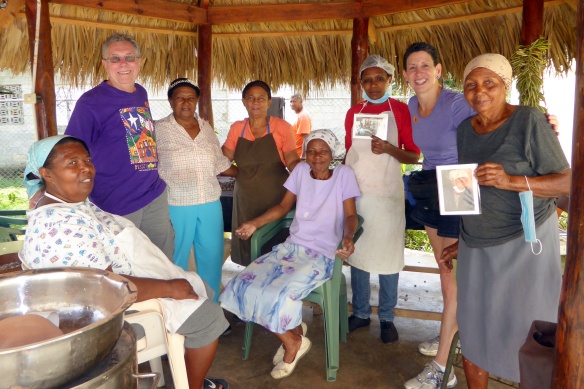 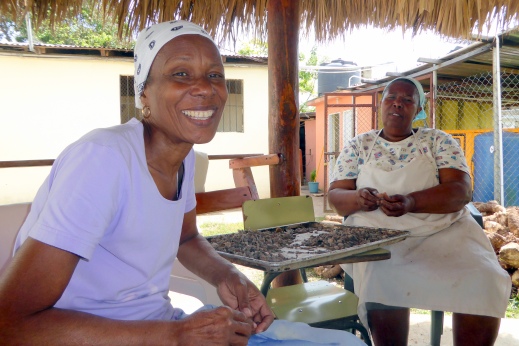 After passing out the cards, my next order of business before getting down to work was to give the co-op’s president, Susan, the yellow 3M ear plugs.  As one of the other IDDI facilitators translated, I explained the importance of using ear plugs to save their hearing. I then demonstrated how to properly insert them and use the “pillow pouch” for storage afterward.  By keeping the ear plugs clean and storing them in the pouch, they would last a lot longer.

I promised Susan and Naomi (the V.P.), that if the factory workers used the ear plugs regularly, I would send more.  There is no mail service to Altamira, so I would send them to the IDDI office, and the facilitators would deliver them to Chocal. 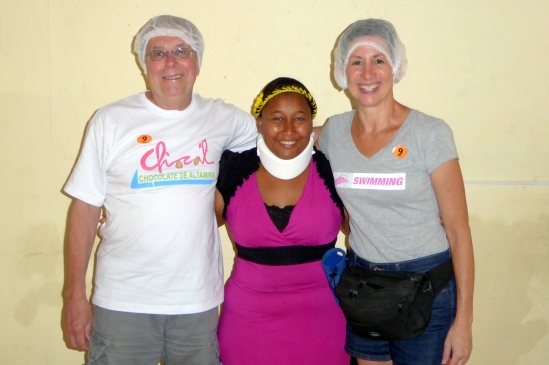 After distributing the cards and ear plugs, Bruce and I finally did manage to get some work done.  The best part, though, was getting to taste the spicy hot chocolate and warm molding chocolate again.  Ahhh, it was so good to be back! 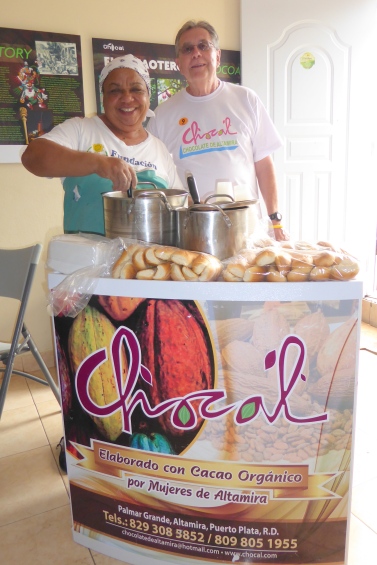 This time, when we said, “Adios!” to everybody at the end of our last day, we wondered if it would be forever.  Would we ever be back?  Never say never…

Next up:  HABLA INGLES?  TEACHING ENGLISH IN THE DR

2 thoughts on “OUR RETURN TO CHOCAL”