If you toured the mansions of famous people, you probably heard the word, “don’t” a lot before (and during) the tour. “Don’t sit on the furniture!” and “Don’t touch ANYTHING!” were probably the two you heard the most. I know I have.

Well, today we were on a mansion tour where the first thing we heard from the guide was, “Please pick up and play one of the guitars if you would like! And, try on Kenny Chasney’s leather jacket!” She also said, “Please sit on the furniture !” and “Use any of the bathrooms if you need to…!” We were also instructed to “Make yourself at home and enjoy!”

At Fontanel Mansion, all of the guests are given the same instructions, but we were fortunate to have a special tour guide for the twelve of us on what was supposed to be a 1:15 minute tour that turned into 1:40. Our guide was Jamie, the daughter of Barbara Mandrell, a person who obviously had the inside scoop on what it was like to live in this mansion and have such a famous mom. Her stories were as fun as the mansion itself! 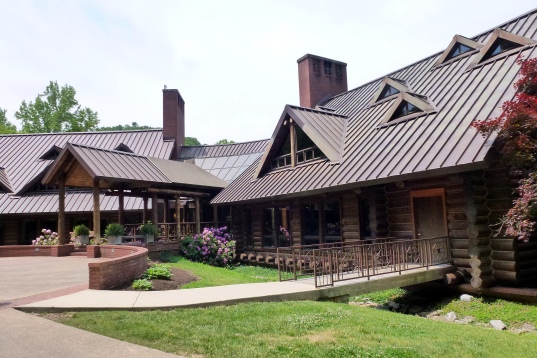 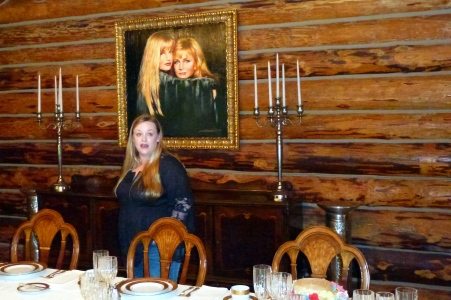 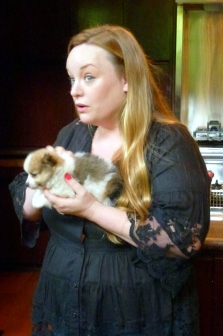 The Mansion is a 27,000 square foot log home– the largest log house ever built– is the former home of Country Music Hall of Fame member Barbara Mandrell. (When their three kids were grown and moved out, they “downsized” to a 5,000 square foot home and sold the mansion.) It was an architectural masterpiece, and the interior logs were the most gorgeous I had ever seen. It was built by Barbara Mandell’s husband, Ken Dudney and his crew, and it took 14 months to complete. It was completed in 1988.

The “Great Room” was truly great! Extremely valuable autographed guitars (displayed out in the open rather than in glass cases) lined the walls, and we were instructed to take them down and play them if we wished. We opted for photos instead. 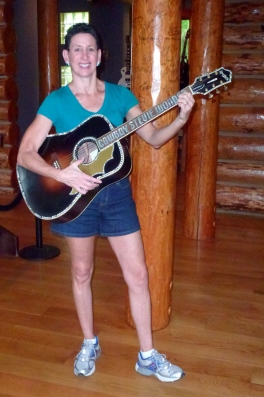 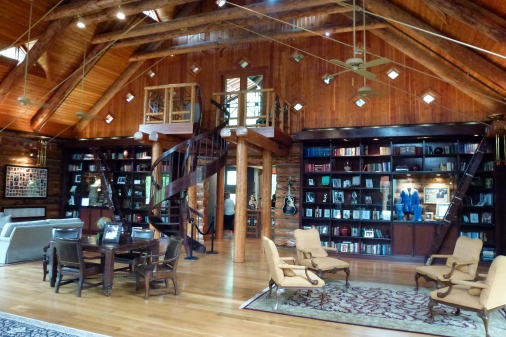 The home features five fireplaces, 13 bathrooms, a 300 gallon fish tank, an indoor swimming pool, and a shooting range. My favorite feature, though, were the three bears carved out of one log. Those three little bears represent Barbara and Ken’s three children. 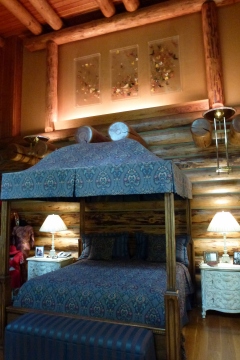 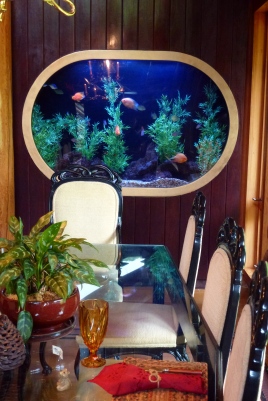 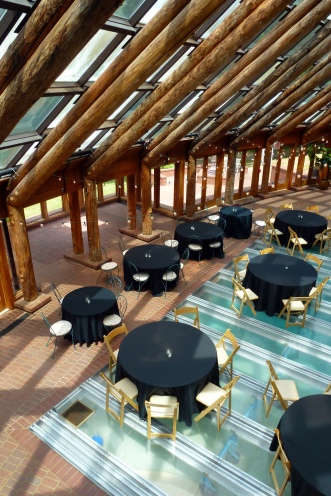 Bruce and I were not only struck by the beauty of this magnificent home, we also found the warmth and down-to-earth friendliness of Jamie quite striking. She was raised well and didn’t take her upbringing for granted. All of the memories she shared with us about being on the road with her mom were upbeat and positive.

Jamie’s favorite memory? Waking up as a little girl each morning in the touring RV, looking out the curtained window, and discovering what state fare hey were at that day. (Jamie had actually already been in 48 states by the time she was 2 years old, so these were repeats!)

After our tour, we headed back downtown to take in the views from the pedestrian bridge, stroll the streets, and ride the Music City Circuit. Along the way, we saw a vintage guitar store, so we returned on the bus late in the afternoon to check it out (along with a nearby chocolate shop!).

Check out the price of these boots!  Can you imagine spending four figures for a pair of BOOTS?

Carter Vintage Guitars was like a museum. Hundreds of gorgeous vintage guitars and amps were on display for sale, the most expensive I saw was $105,000. There were also an additional 87 guitars in cases on the floor, recently purchased from guitar collector (and 3-time Grammy Award winner), Steve Earle who was reducing his collection. 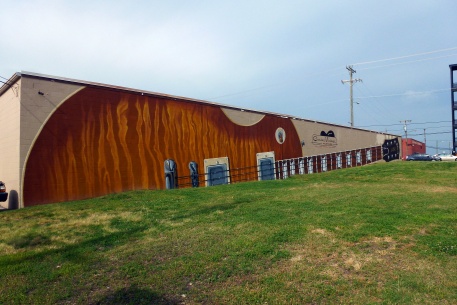 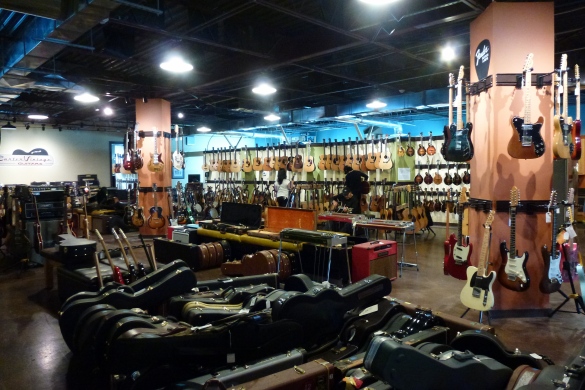 Our final highlight of the day had nothing to do with Nashville at all. On our first full day on the road, Bruce received an Etsy order for 7 pairs of earrings, a record for a single order. He also received an order from another buyer for a pair of earrings. We brought our “store” with us, but if this keeps up, we’ll end up the trip with a cleaned-out shop!