Quebec City was fabulous, but it was time to turn my thoughts back to swimming and our purpose for heading to Baltimore Maryland:  U.S. Masters Swimming Summer National Championship.

By the time we arrived at the University of Maryland for my races, my legs were completely shot from all the walking we had done in Quebec.  It was well worth it, though!

Knowing we had time on the back end to see Baltimore, our time at Nationals was spent either at the pool or lounging back at the hotel in College Park.  A previous post  was about the competition:  https://elaineiakstravels.wordpress.com/2014/08/21/redemption/

Saving our sightseeing in Baltimore for after Nationals was a smart move, since we love to walk, and our day in Baltimore lasted eleven hours– most of it walking!

Our day was to begin at Lexington Market, but just a few blocks away was a very interesting cemetery, according to Anna Lea Matysek from the USMS offices.  It is where Edgar Allan Poe was buried, and she urged us to have a look.  As it turned out, it was as interesting as promised, and quite photogenic as well. 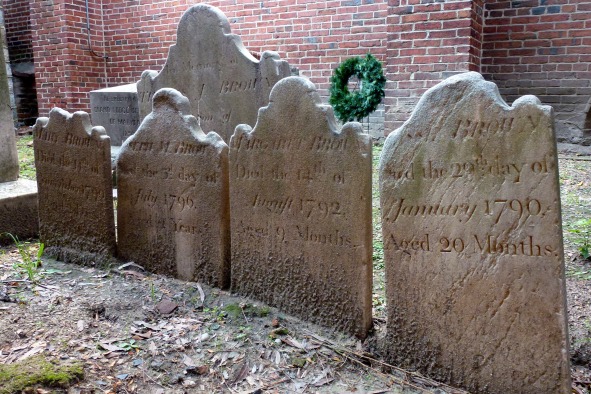 “When in Rome, do as the Romans do” as the saying goes.  When in Maryland, eat crab cakes.  Next up?  Crab cakes at Faidley’s in Lexington Market. 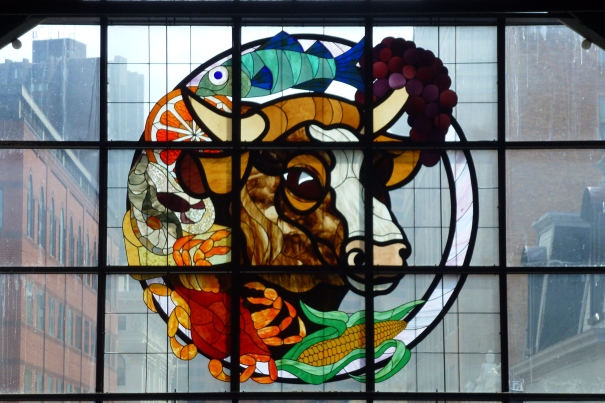 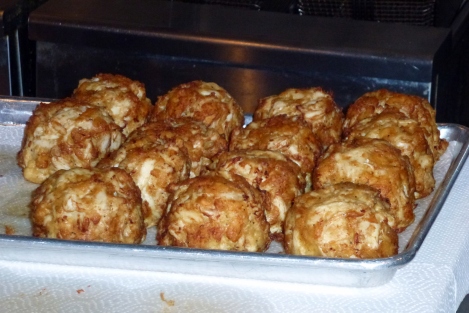 After our lunch and stroll through Lexington Market, we headed down to Fell’s Point, the historic waterfront district of Baltimore dating back to 1763. We left our rental car in Fell’s Point and followed the waterfront into downtown Baltimore on foot.  It was a wonderful walk with plenty of interesting things to see and photograph along the way. (There were some cheesey ones, too!)

City planners did a wonderful job with the downtown waterfront of Baltimore.  It is pedestrian friendly, but for those who wish to ride instead, there is a free bus that covers the downtown area. 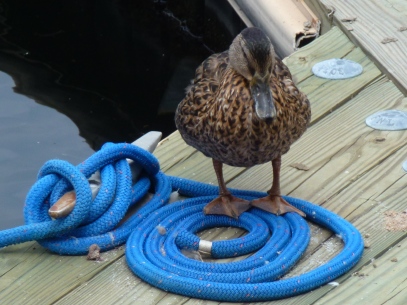 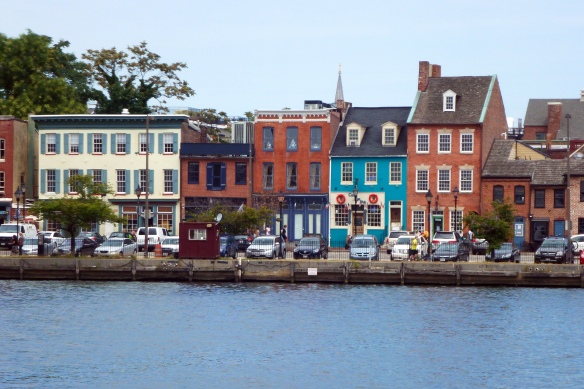 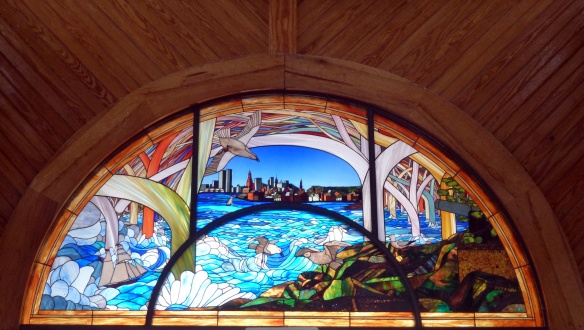 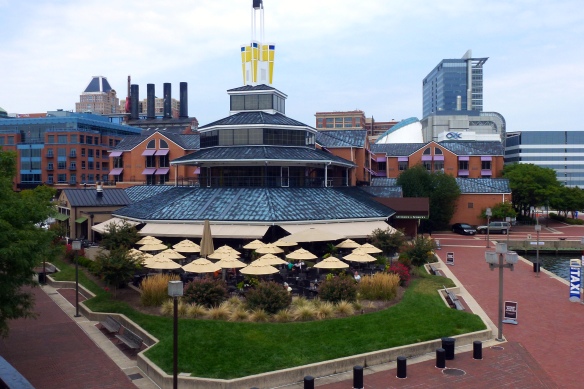 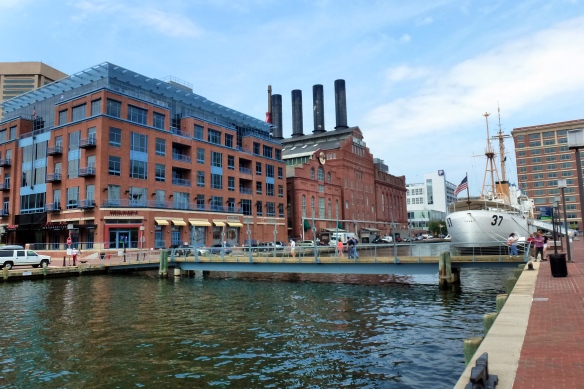 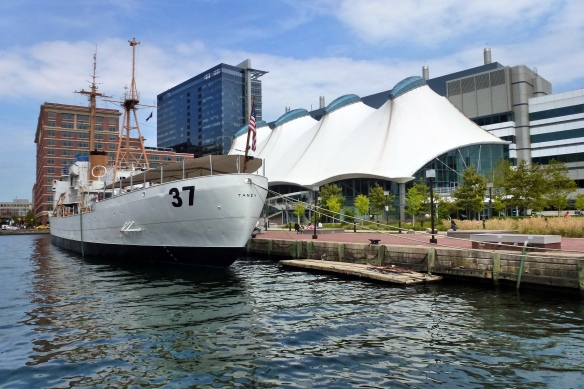 Being avid walkers, we opted to walk the entire waterfront from Fell’s Point to the American Visionary Art Museum, stopping along the way for a quick lunch and plenty of photos. 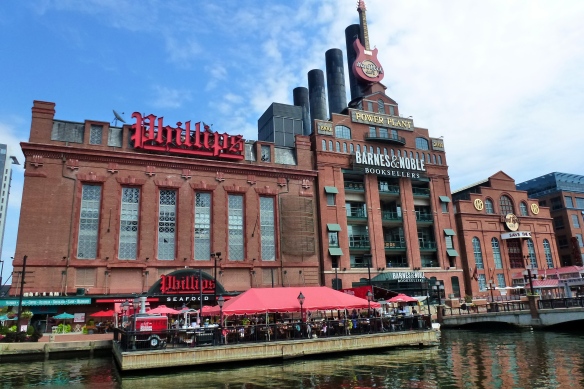 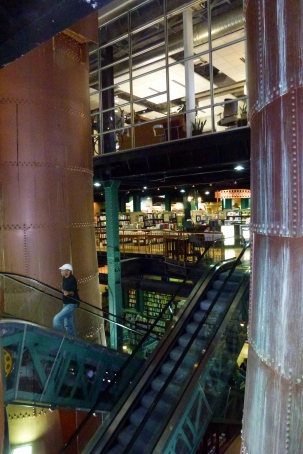 The interior of Barnes & Noble was unlike any store I had ever seen! 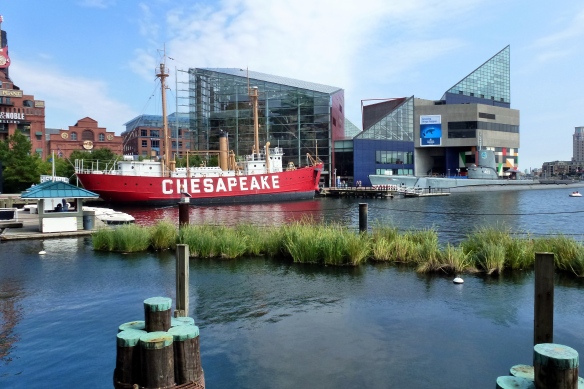 Although the museum was closed the day we were in Baltimore, Anna Lea was emphatic we stop there to at least see the museum’s exterior.  That was a first.  Aren’t the exhibits at a museum INSIDE?  As you can see in the next several shots, there was plenty to see OUTSIDE of the museum! 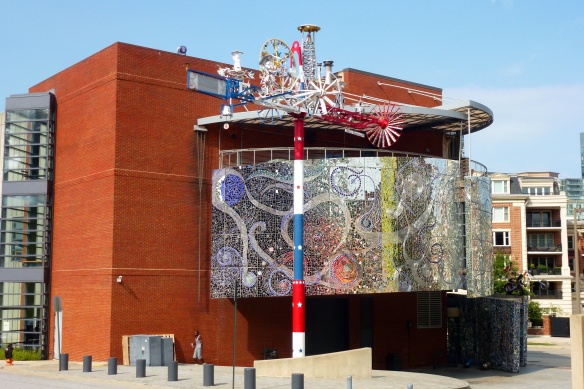 We were so fortunate to have perfect weather for our day in Baltimore.  The sun was shining bright, and as we headed back to Fell’s Point for dinner, it turned to a lovely golden light. 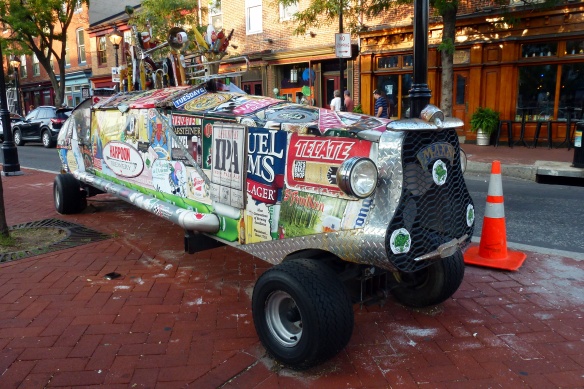 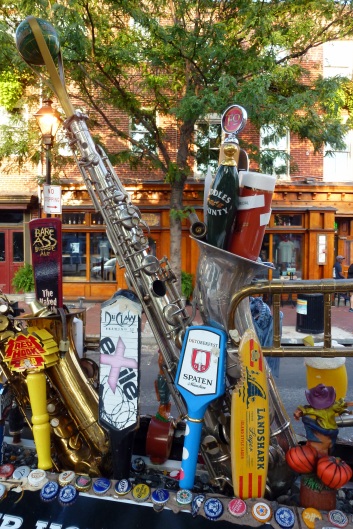 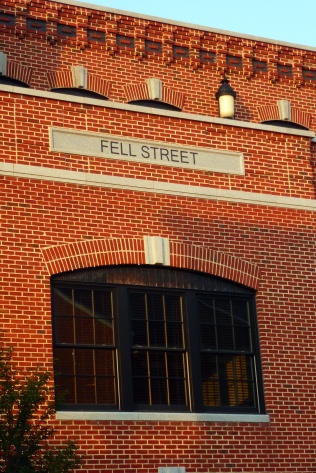 6 thoughts on “WALKING (AND WALKING, AND WALKING) BALTIMORE”