As a Southern California girl, snow isn’t something I have experienced very often. Before moving to Griffin, Georgia, I could count on one hand the times I had ever seen snow either falling or on the ground, and I had only seen it actually snow once. Since moving to Griffin in 2009, this is the second good snow storm we have had. Just like in 2011, this storm is expected to leave us with a few inches of snow on the ground, just enough to build a snowman just as Bruce and I had done during our 2011 storm.

Bruce and I just returned home from a rehearsal for a play (ironically, he performs “Summertime” in the prologue) that is supposed to be performed tomorrow and Thursday. I say “supposed to,” because we all just might become housebound due to black ice!

As I sit here writing this post, the snow is falling, and the temperature is 29 degrees and on its way to a low of 18. The predicted temperature for Saturday is 64/50! Is this crazy or what? Normal temperatures for this time of year are mid-50’s for the high and low-30’s for the low.

Here are some pictures taken just before returning home: 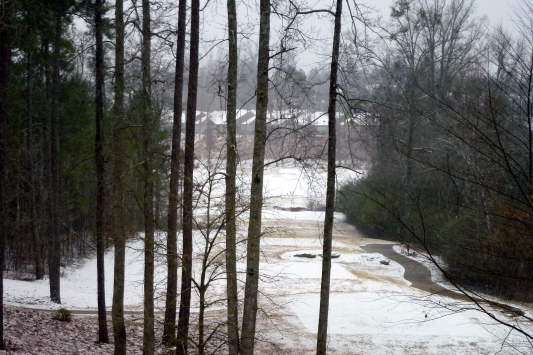 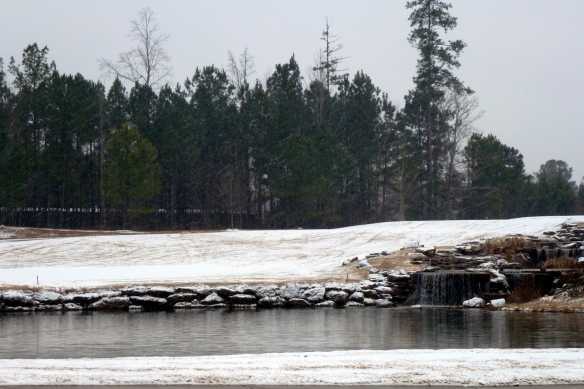 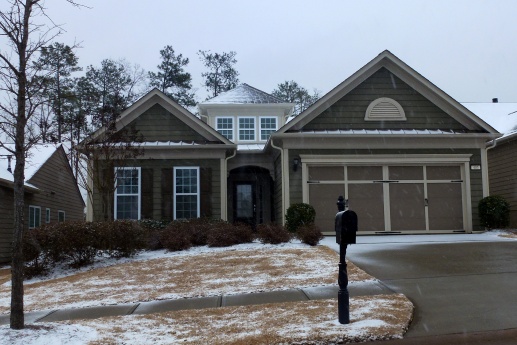