After this morning’s swim, we headed back into the historic district of St. Augustine to tour Flagler College ( http://www.flagler.edu ) , formerly Hotel Ponce de Leon. This gorgeous centerpiece of St. Augustine was built in 1888 by railroad magnate (and Standard Oil co-founder), Henry Flagler. Completed in only 18 months, thanks to running 2-12 hour shifts of workers non-stop, it was built as an exclusive and opulent playground for the world’s most privileged elite. The hotel was only open during the three nicest months of the year (and guests had to pay to stay the entire season), so only the richest of the rich could afford to stay there to enjoy lavish balls, gourmet meals, music, and art. 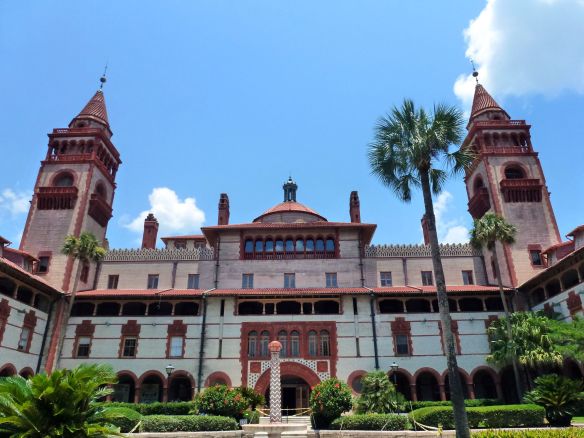 Today, the hotel is Flagler College, founded in 1968. $54 million was spent to restore and preserve the buildings that now house 2,600 students getting a college education to the tune of $25,000 per year, including room and board.

Our tour was conducted by John, a second year history student at Flagler College. It was quite interesting; especially the stories about when it was a posh hotel. No expense was spared to construct the hotel; there is 24-carat gold leaf on the rotunda’s ceiling and Tiffany stained glass windows throughout the dining hall. And, yes, students who live on campus dine in this hall every day, three meals per day. How would you like to dine here? 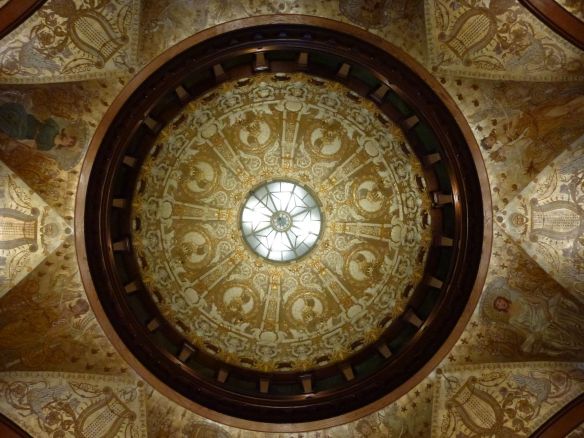 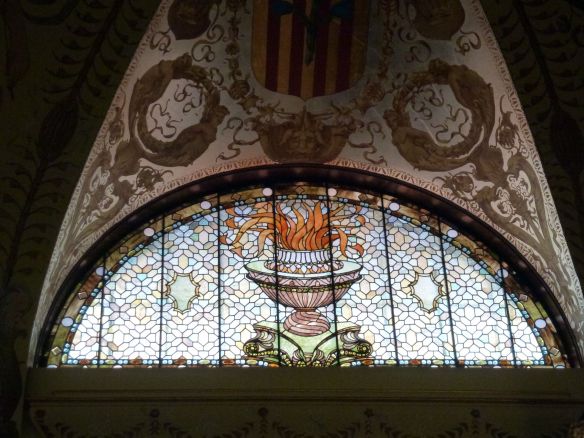 The ladies parlor of the hotel, still used today for special college functions, was quite posh. There were several ornate crystal chandeliers and a fireplace with an Edison clock, surrounded by a white onyx work of art; the second largest white onyx piece in the world. 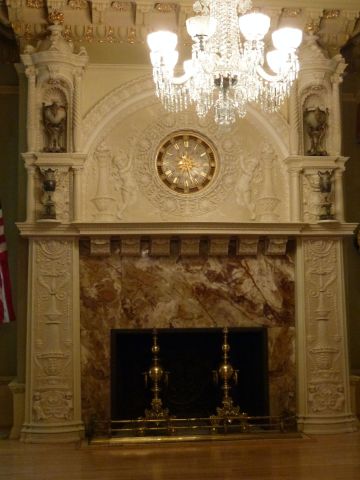 I hope those 2,600 college kids appreciate where they are getting their education! 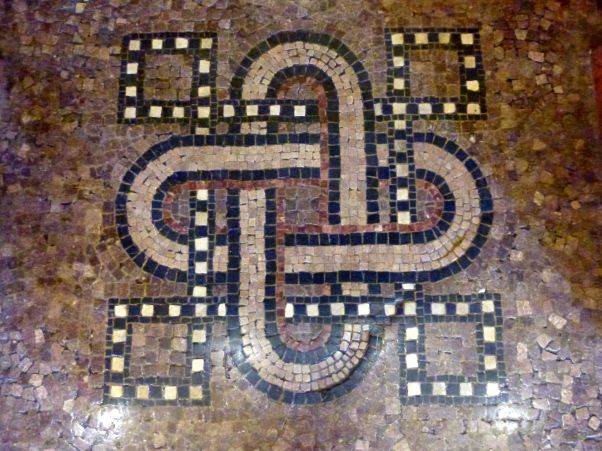 Lunch was at another Trip Advisor find: Gaufres & Goods ( http://polishgreekrestaurant.com/ ), where we split four different types of perogies and a spinach pie. This is one of the restaurants on a food walking tour, so I knew it would live up to its great write-ups. We were not disappointed.

Along the way, in between our tour and lunch, we strolled more of the streets of Old Town and Spanish Quarter; the oldest, most interesting and picturesque areas of St. Augustine, in my opinion. 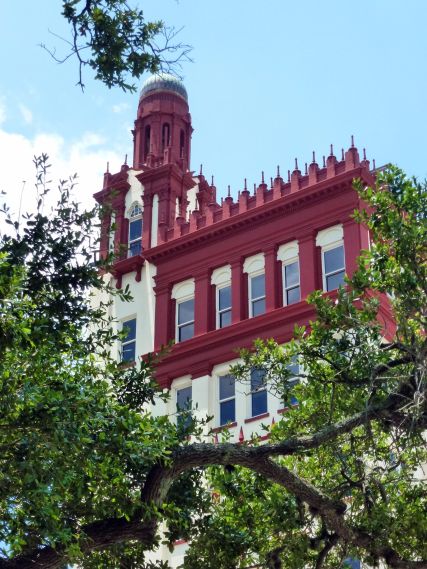 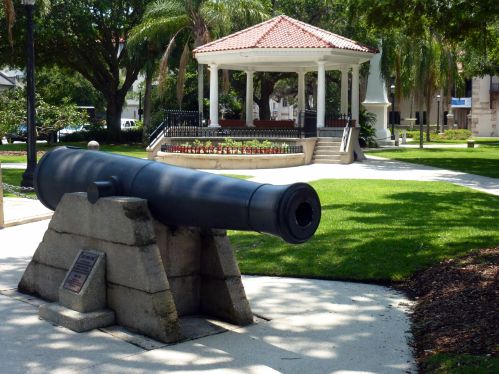 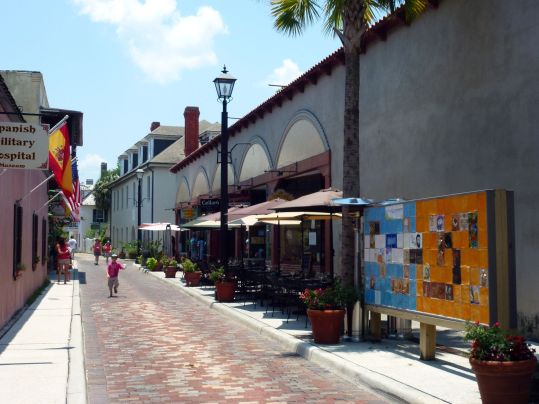 It was another burner of a day, so we broke it up with a stop to split a piece of frozen key lime pie on a stick, dipped in Belgian Chocolate ( http://www.keywestkeylimepieco.com/ ). HEAVEN.

On the way back to the cottage, we stopped back at Kyle’s Seafood Market for another fresh catch for dinner. This time, we picked up some very fresh yellow tailed snapper, and enjoyed it for dinner after our evening stroll on the beach. We didn’t enjoy it as much as the cobia, but it sure was good!