Our cruise aboard La Perla came to an end much too quickly!  Isn’t that always the case when you are thoroughly enjoying an experience?  Time just speeds on by!  Stand in a long line at the airport, though, and time stands still right along with you.

Sinisa had our tour guide/ driver to Montenegro take this last group shot with Ante and the crew of La Perla.  It brings back great memories to me and Bruce of the experiences we shared, friendships we made, and wonderful places we saw along the way.

Good-bye’s were said to all but our new Canadian friends and our guide, Sinisa.  It was just the five of us traveling on to Montenegro for the post-cruise extension.

Our drive to Montenegro took us on a winding road along the Bay of Kotor, a UNESCO World Heritage Site.  With its narrow profile and steep walls, it is often called Europe’s southernmost fjord, even though it is actually a ria, or a submerged river valley.

Mussel farms were a common site on the Bay of Kotor

Kotor, our destination for the day,  is a fortified medieval city located at the head of the bay.  Dating back to the first century, the small city of less than 14,000 people is a popular tourist destination, because of its history and Old-World charm.  It is one of the best preserved medieval old towns in the Adriatic, and also a UNESCO World Heritage Site.

When we arrived, I looked up and saw the switch-back walking path that led up the steep side of the mountain behind the Old Town.  I knew it was a path I wanted to conquer after our walking tour, and I was happy Bruce was all in to join me! 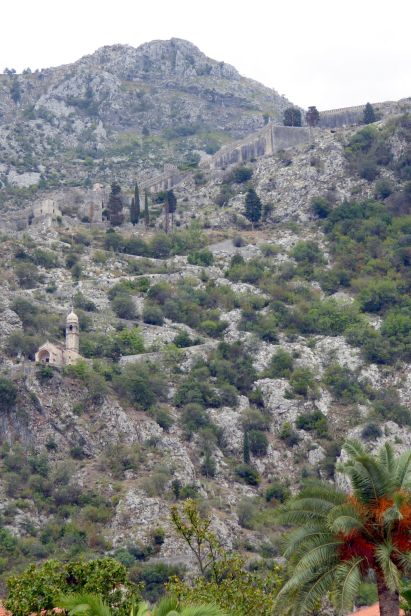 The archway through the thick wall of Kotor’s Old Town was impressive, and I was instantly charmed by the quirkiness of a few unexpected sights that greeted us: 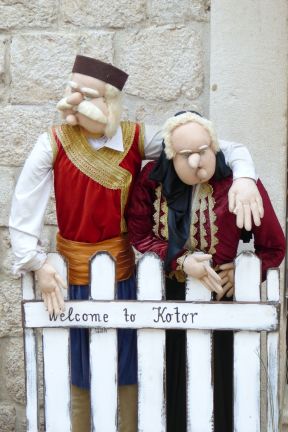 The narrow, winding cobblestone streets were charming, and I instantly understood why tourism is Kotor’s top industry. 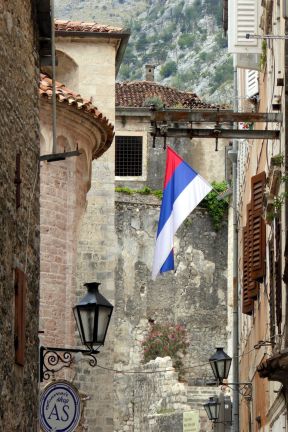 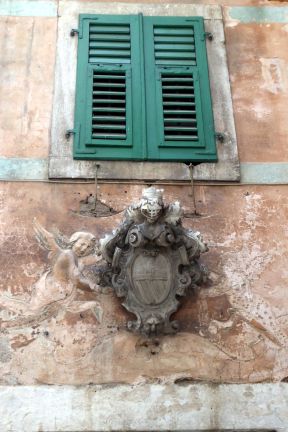 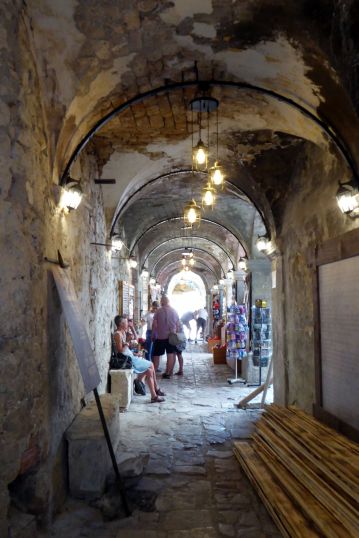 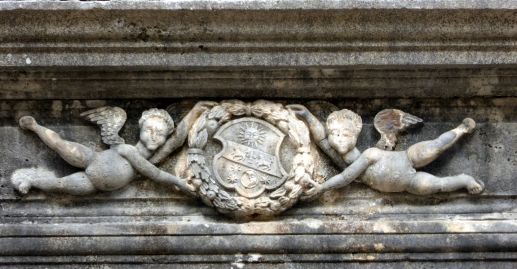 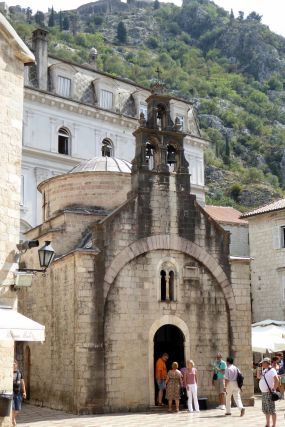 Our private tour led us to Cathedral of Saint Tryphon, a Roman Catholic church dating back to 1166.  The cathedral was badly damaged in the earthquake of 1667, so it was rebuilt.  Again, in 1979, the cathedral was damaged by another earthquake.  It wasn’t until 2016 that the restoration was complete. 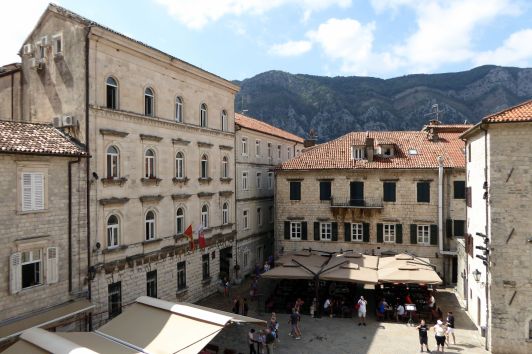 The view from the second floor of the cathedral.

Fortunately, the 14th century frescoes and rich collection of artifacts survived both earthquakes.

Following our tour, we had free time to wander the cobblestone streets and make our way back to the stone stairs for the steep climb up the mountain.  Our fitness and endurance paid off; the views were spectacular! 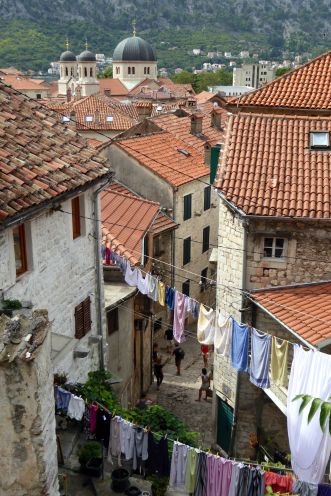 Returning to town, I shot a few more pictures before settling in at a table on the patio of the restaurant reputed to have the best chocolate cake in Kotor.  Sharing a slice was our reward for enduring the hot climb up and down the mountain!  Yes, it tasted as good as it looks! 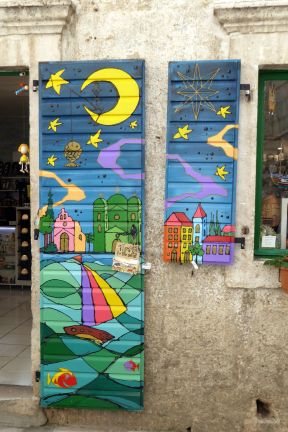 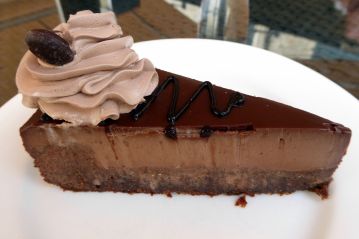